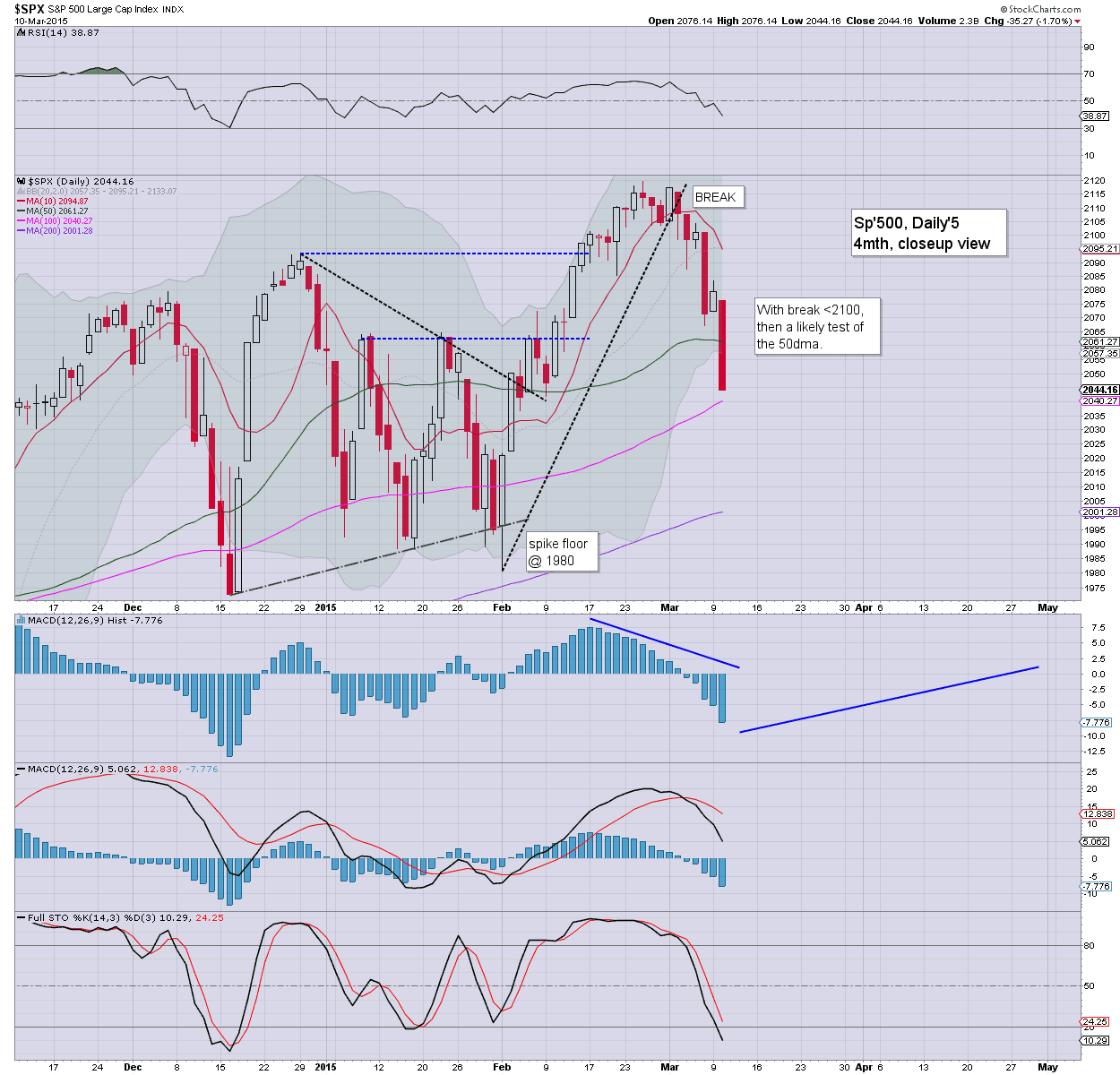 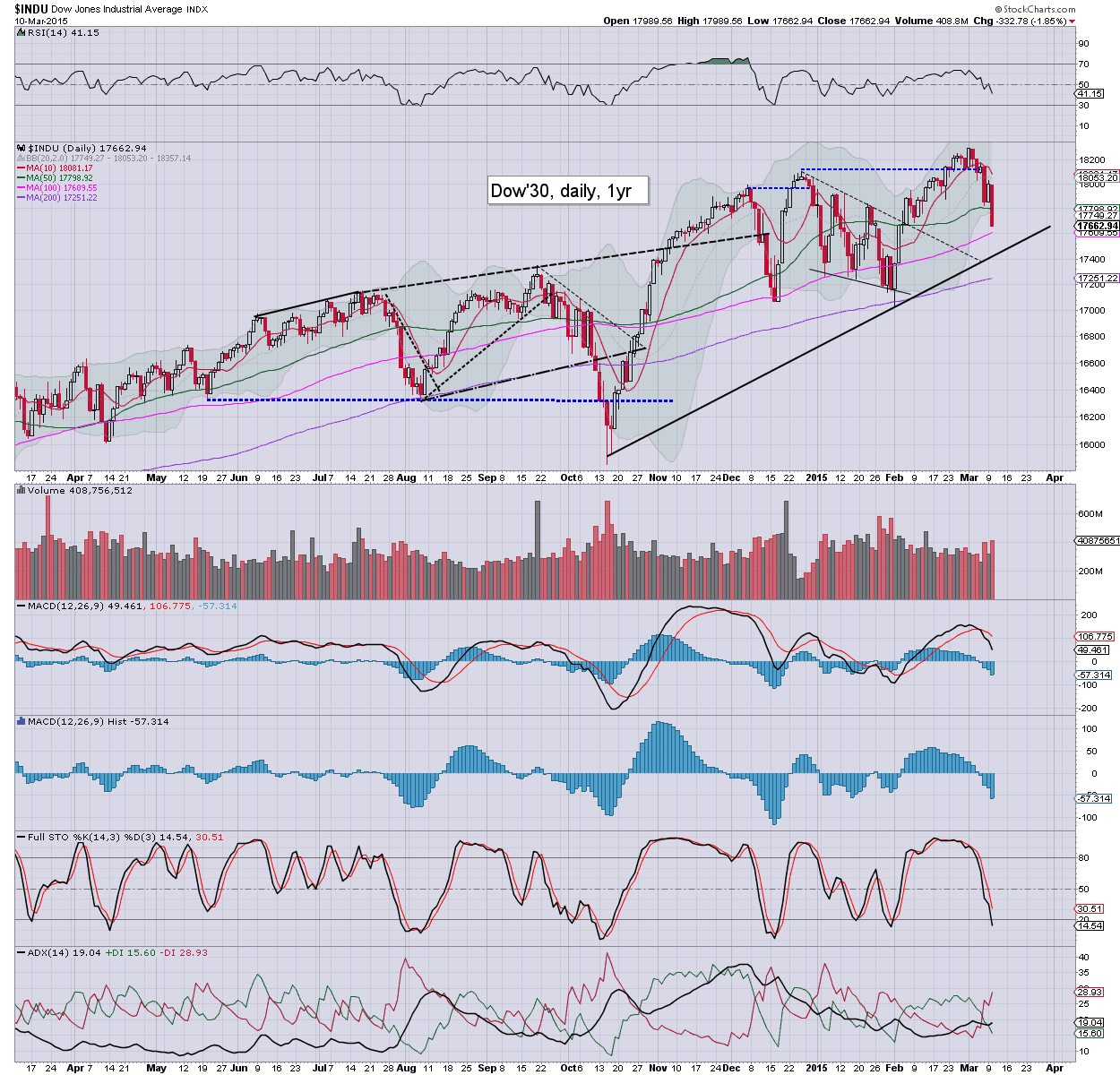 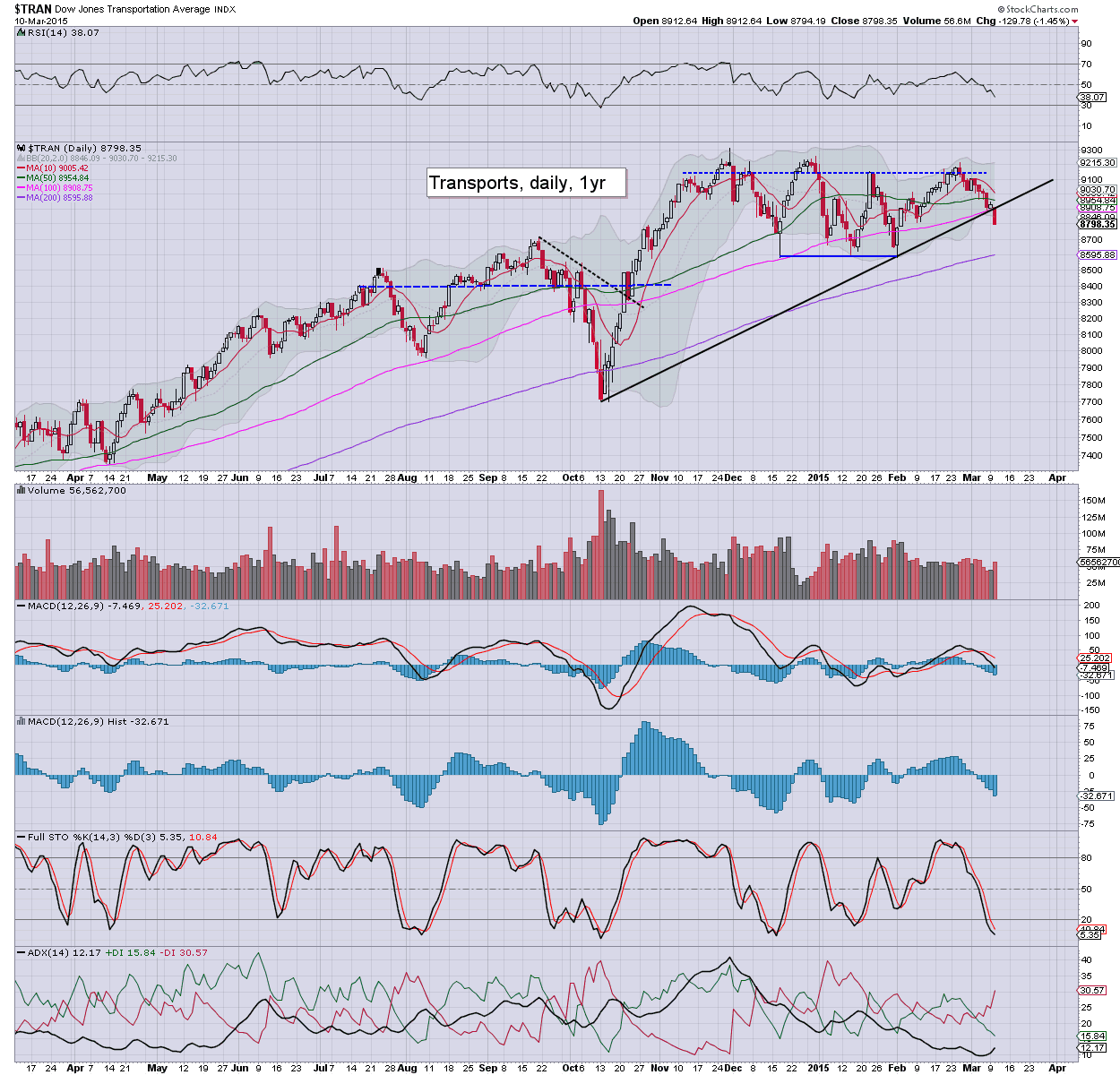 *Transports is the weakest index, and we have a clear break of the rising trend from last October.
--

I had expected Tuesday weakness to the sp'2065/60 zone... the daily close under the 2050 threshold was something of a surprise. Perhaps most notable though, the VIX is not reflecting any particular concern in the market.

In the immediate term, there is viable further downside to the 2030/20 zone.. but hourly cycles are offering a bullish MACD cross later tomorrow. On balance.. the situation favours the bulls into the weekly close.
-