VIX sharply lower on the week 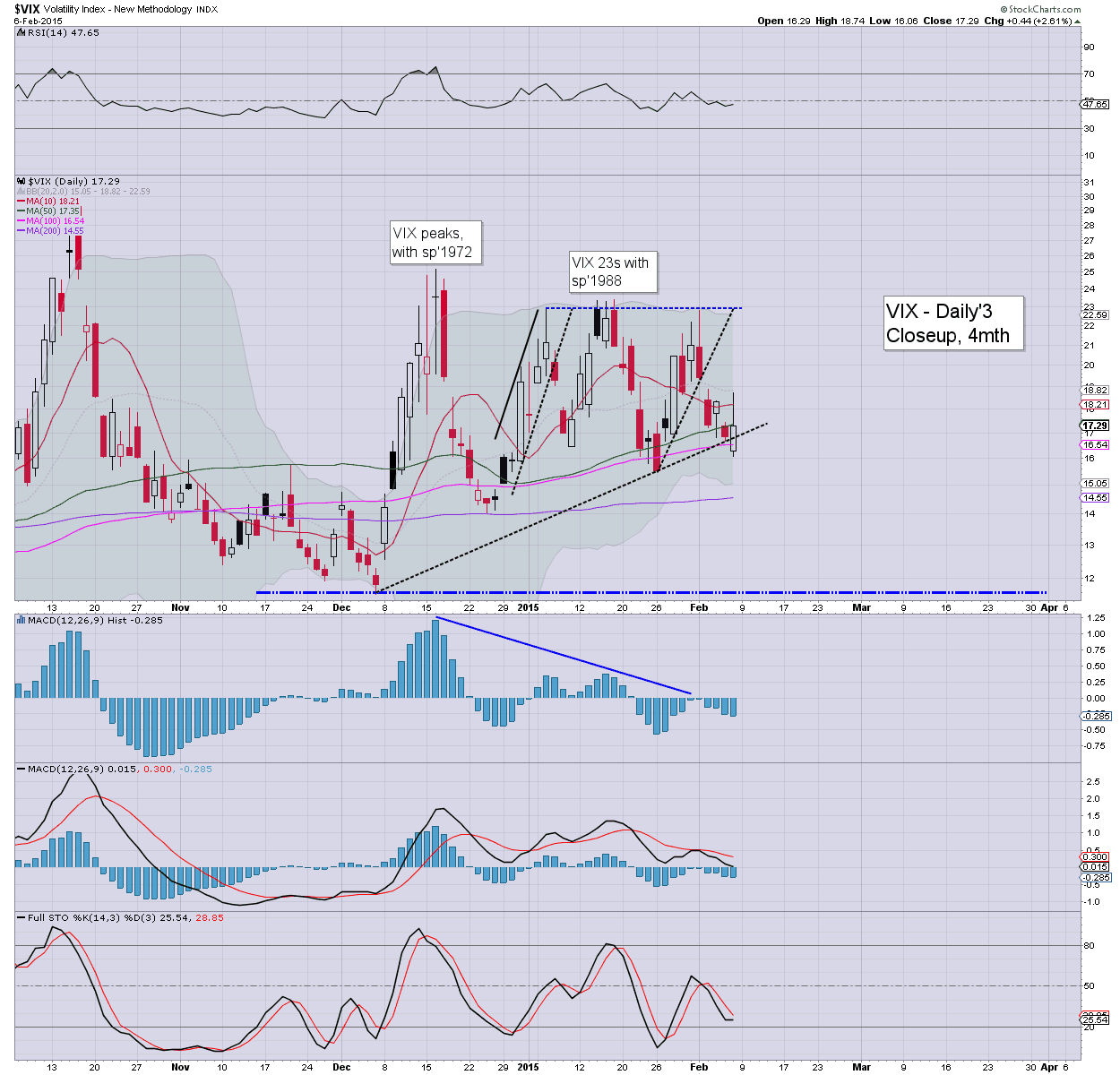 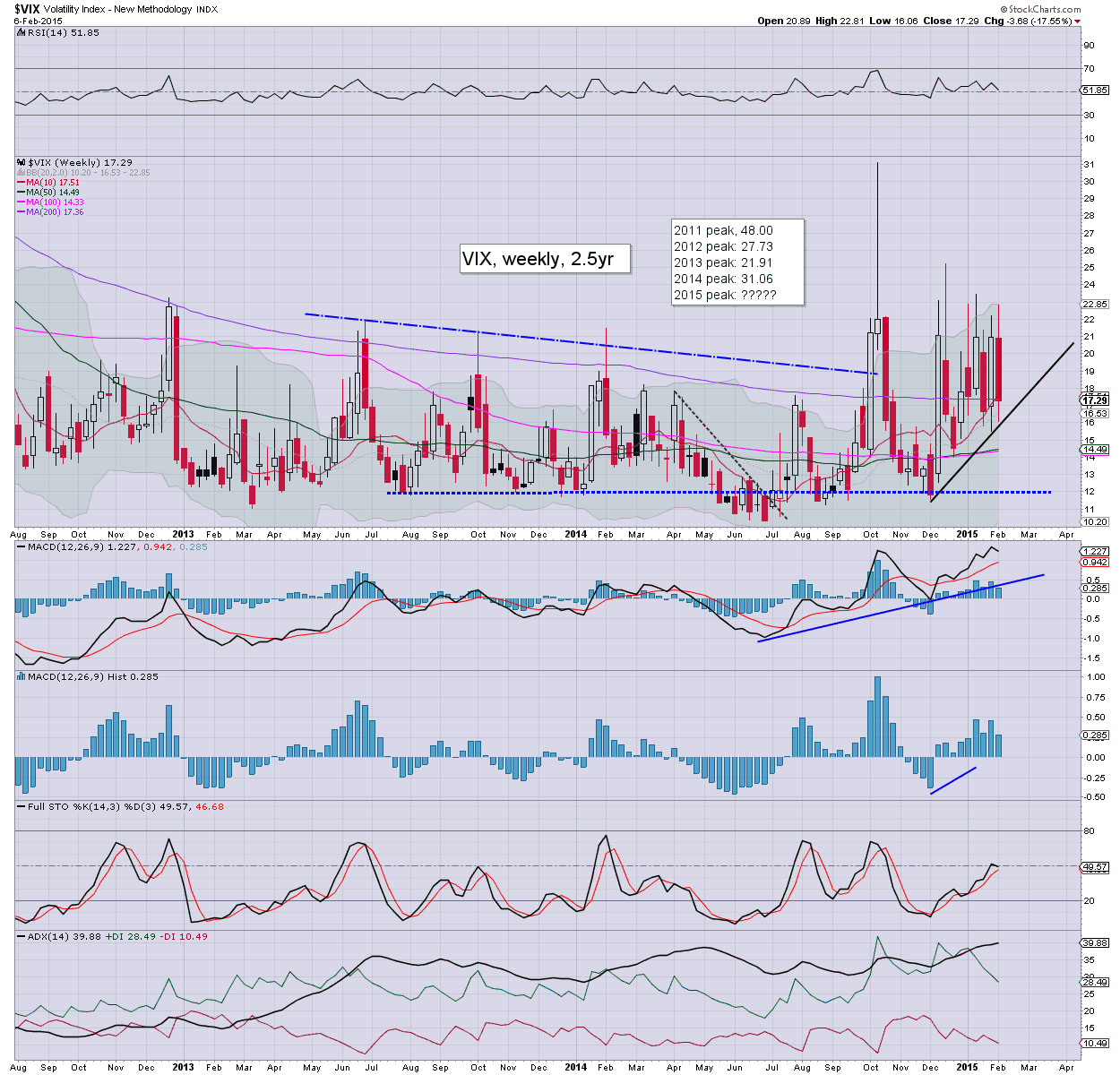 The last nine trading weeks have been the most volatile in the VIX since autumn 2011.

Even though the VIX closed below the key 20 threshold, there is arguably an underlying upward pressure... more recently 'inspired' by renewed concerns about Greece.

It remains the big unknown in the near term... not least ahead of the ECB QE-pomo program for the EU.

If the equity bulls can break the Dec' high of Dow 18103.. along with sp'2093... then VIX will melt to the low teens.. or even a little lower.  Seasonally, the next best opportunity for the equity bears will be from late April-June. Until then.. things will likely remain somewhat 'relatively' subdued'.

*as things are, I have ZERO interest in being long the VIX in the immediate term.