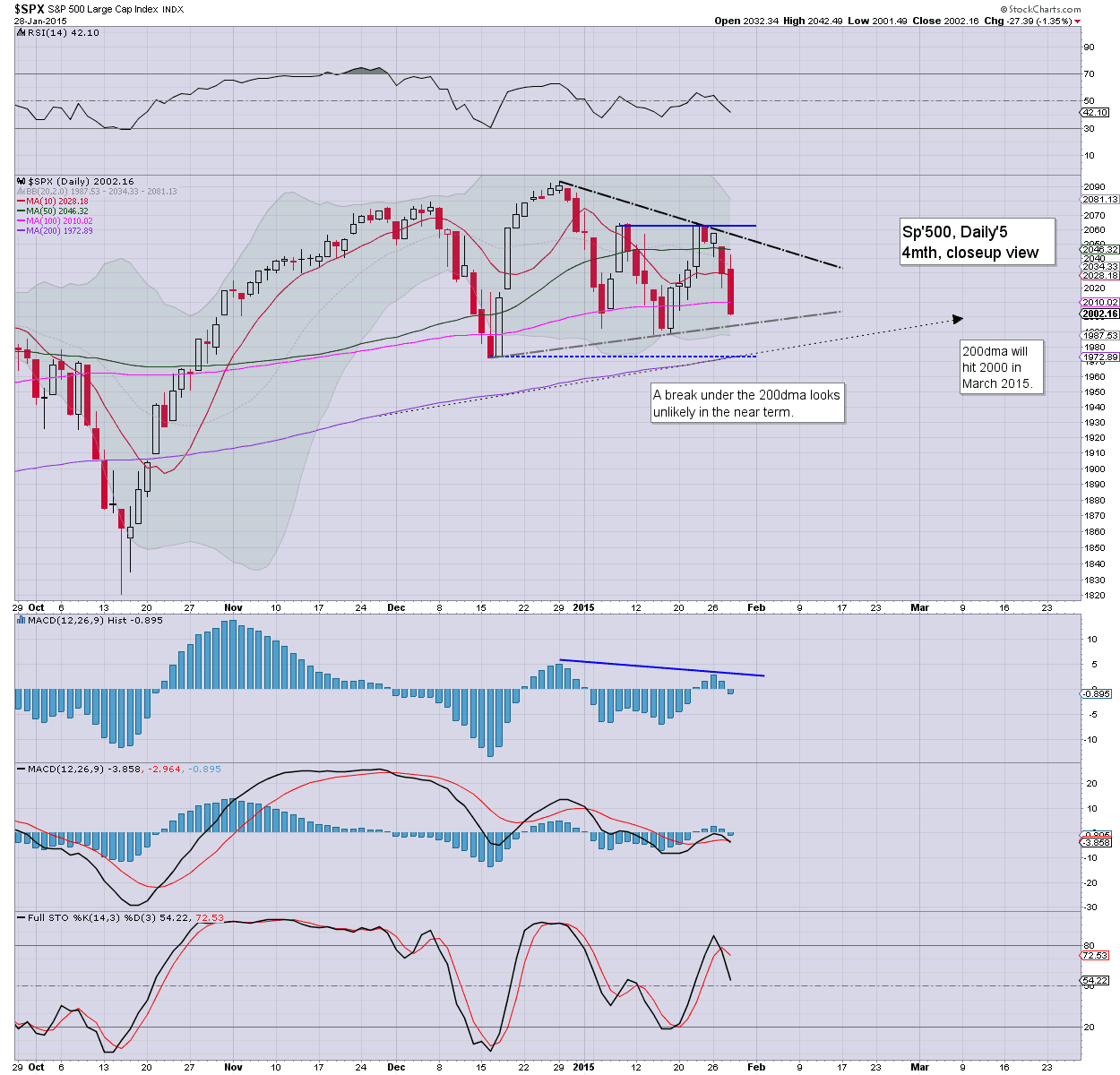 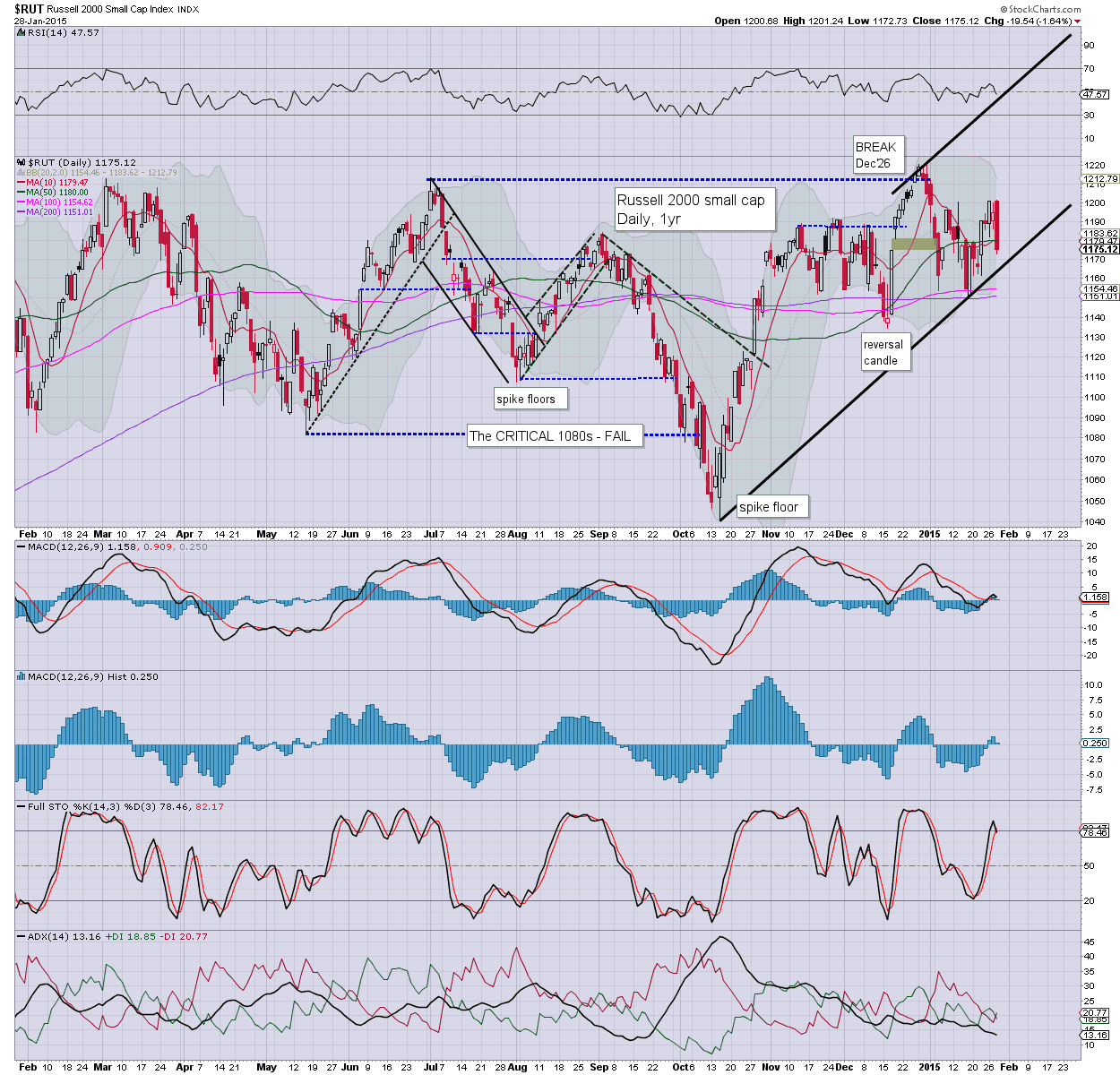 *the closing hour was a real failure for the equity bulls.
--

So, we had opening moderate gains.. quickly failed, with a low of sp'2019. A little rally, but with another cycle low after the FOMC announcement (lower Oil prices greatly helped achieve that).. with a particularly bearish closing hour.

Daily cycles now look rough into the weekend... with the 200dma in the sp'1970s now viable.. before another push higher.

Price structure is a real mess. As many recognise..the waves are overlapping, and trying to count this nonsense is arguably pointless at the moment. I don't see a H/S formation, more a market that has been consolidating sideways since early December.

With ECB QE-pomo set to start in March... the bears face major problems this spring. For now.. this remains a real choppy.. and 'somewhat' volatile market... but one that is STILL close to historic highs.
--