US equities break another new high of sp'2024, although VIX has notably held gains since the open. The market looks vulnerable to a post election down wave, which might equate to VIX 18/20. Metals are increasingly weak, Gold -$4. 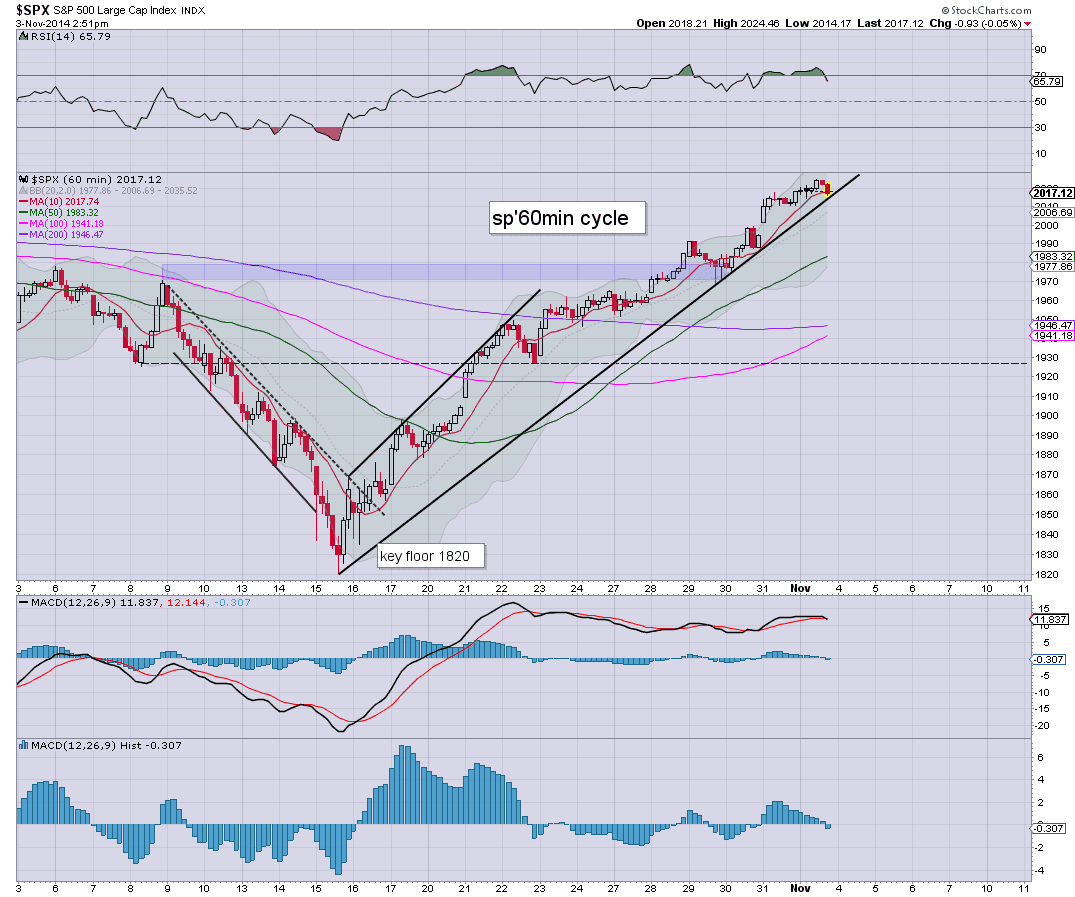 In the broader picture, even a move down to 1920/00 zone does little to reverse the hyper ramp we've seen since mid October.

All things considered, I just can't see much likelihood of sub 1900. Its not the best of thoughts right now.

I do not normally watch if its not Mr Riley, but this is actually worth seeing.. it covers a fair bit.. including the various price gaps.

Best case for the bears would indeed seem to be a test of the big sp'1900 threshold.. but that is around 6% lower.
-

WTIC in the $78s... the bigger $60 target looks on track.... but then.. that is bullish US consumer/economy.. right?
Posted by Trading Sunset at 19:54:00
Email ThisBlogThis!Share to TwitterShare to FacebookShare to Pinterest
Newer Post Older Post Home