Equities pull back from the opening highs, but price action remains generally muted. There is little reason to expect any dynamic moves this week.. not least anything to the downside. VIX is battling in the 12s. Oil has reversed.. from +0.4% to -0.7% 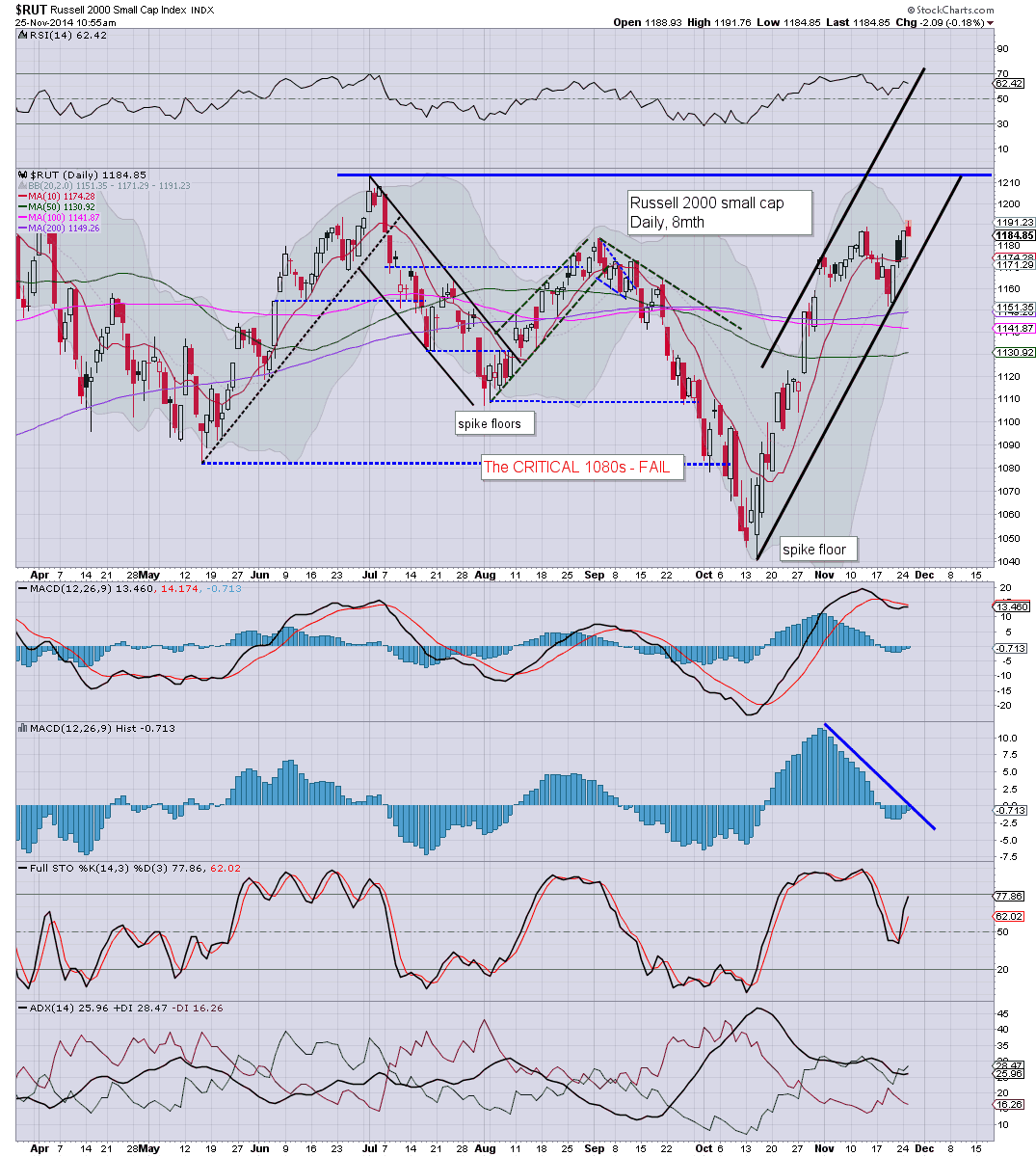 The R2K remains a key index to watch. Yes, it is currently a touch red, but it did break into the 1190s earlier.. a mere 2% from new historic highs.

As I will keep saying... once a break into the 1220s.. it will bode strongly for the broader market across next year.