US equities saw a day of minor weak chop, sp' -3pts @ 1961. The two leaders - Trans/R2K, settled +0.7% and -0.1% respectively. Near term outlook is for continued chop into the FOMC announcement of Wednesday afternoon. 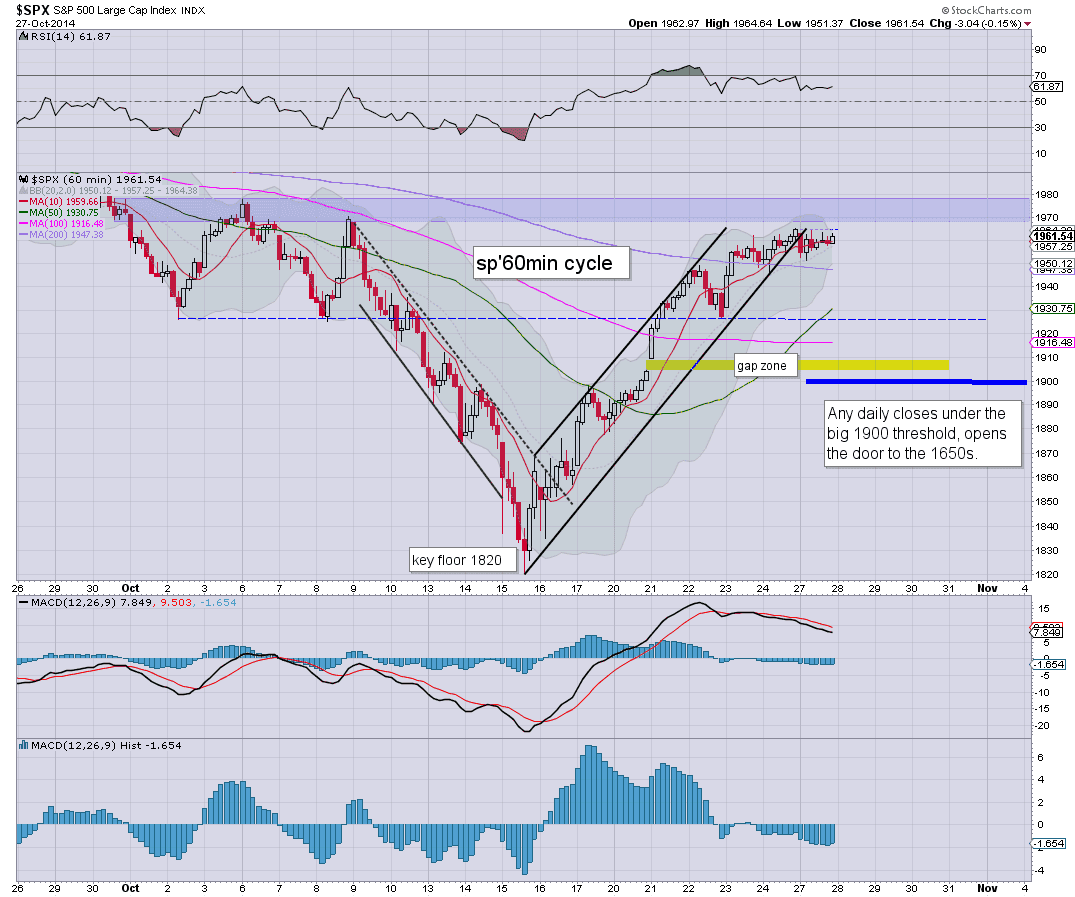 *awaiting TWTR earnings, will be a curious one to watch.
---

Frankly, there isn't much to note. Market looks set for further minor chop tomorrow.. and into the Fed press release on Wed' at 2pm.

For those who need a distraction from the tedious market chop...

The cam view is of the nearby fissure. The actual Bardarbunga caldera continues to collapse. Eventually.. the overlying glacier/ice will meet the core magma chamber.... then those in NW Europe should expect some kind of 'Booooooooom'.

Results were inline, but the market rats ain't happy, and are selling it hard... 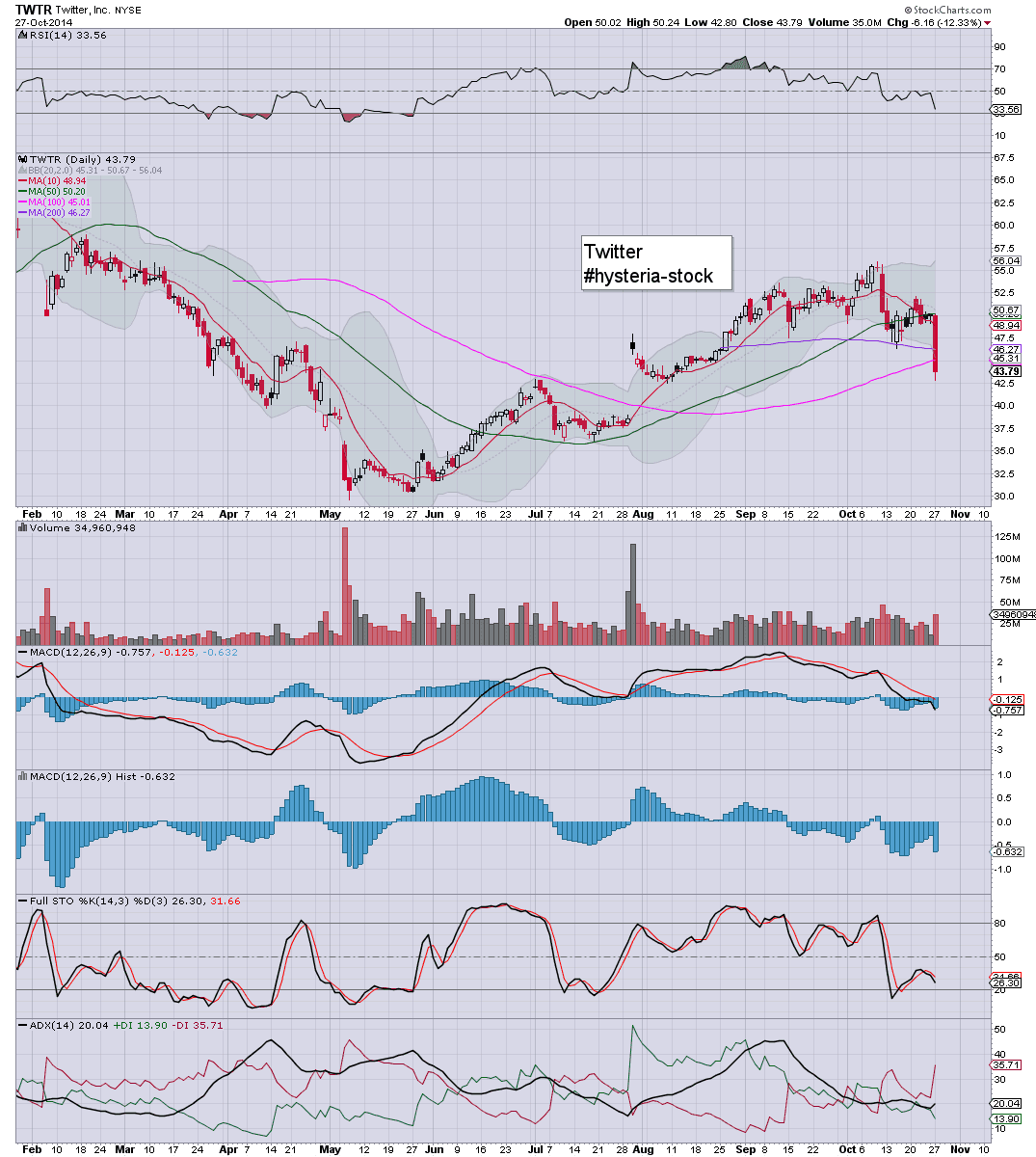 next support is not until the $40 threshold.... where there is a clear gap from last earnings.

Watching clown finance TV (I really should turn it off), some maniac 'expert guest' was talking about how Amazon just needs to be given some more time to become profitable. More time? Bezos has had the best part of a decade.. how many more years does he get?

If there is one company I want to see receive true 'fair value'... it is the AMZN. Not that I'd short it... still seems overly risky.

AMZN remains one to watch.... (along with TWTR, FB) for purely 'entertainment' purposes.
--