Equities remain a little weak, but overall, it is merely minor chop, and the market will likely remain stuck in a narrow range for the next few days. VIX is higher, but looks vulnerable to 15/14s before a clear floor. Oil/Nat' gas both remain very weak, by around -1.5% 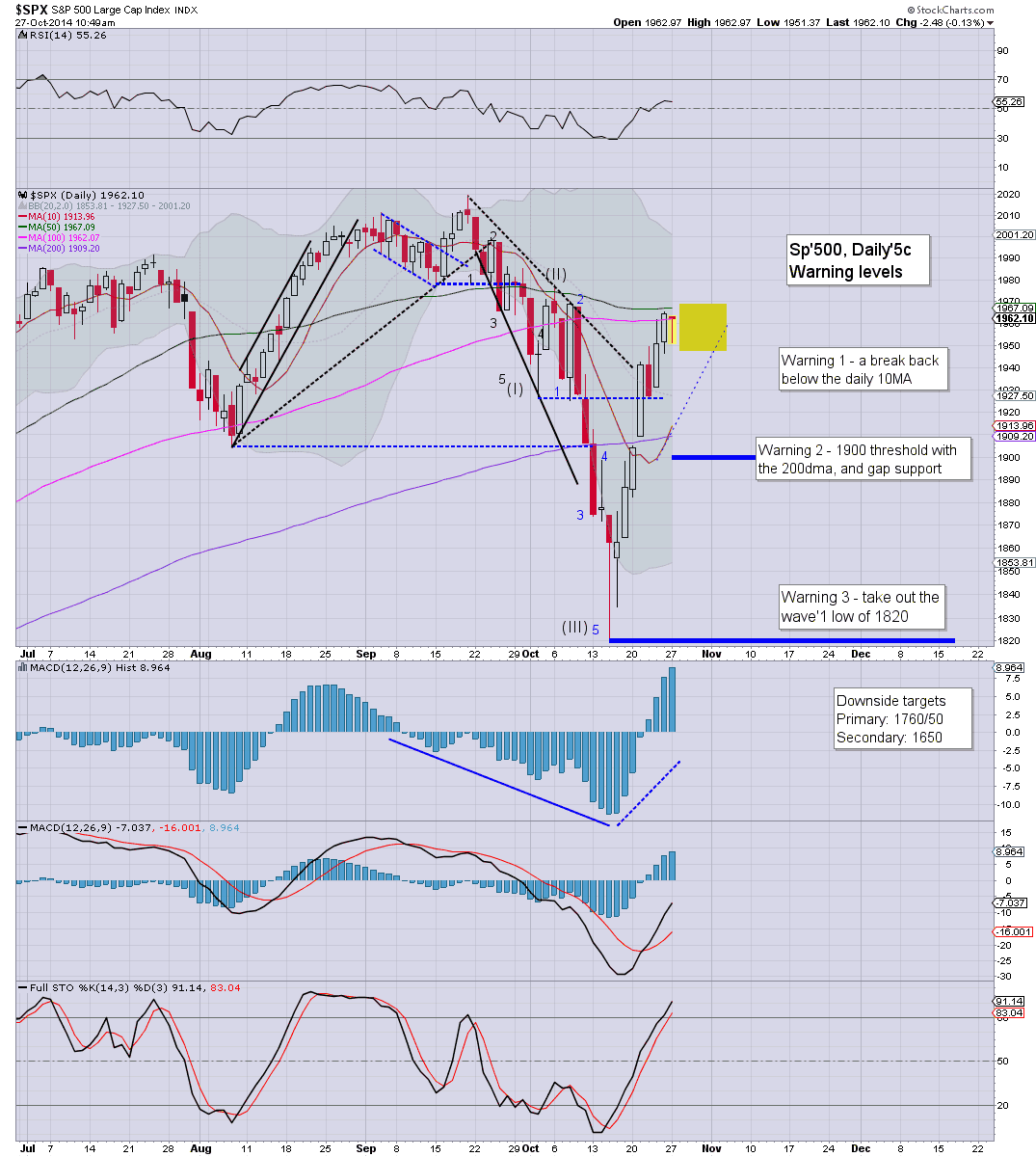 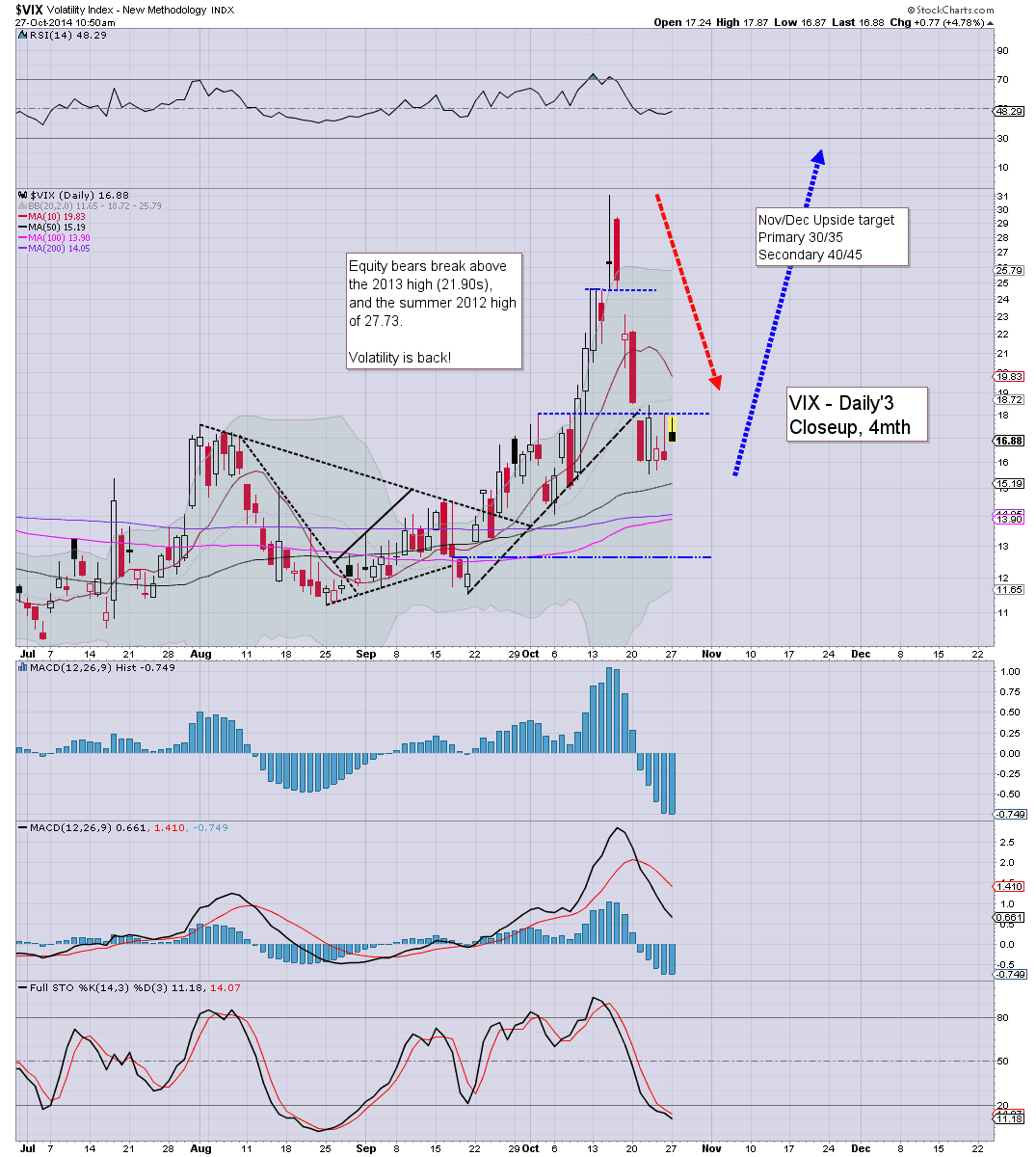 *notable black-fail daily candle on the VIX, again suggesting no major down wave for some days... until post FOMC.
--
So... minor chop...but really, there is little reason to expect sig' downside until late this week.

There are a fair few out there who are suggesting no down wave until after the US mid term elections (next Tuesday) I believe. In many ways, that would be understandable.

Video from sp500chart.com.. whom I keep an eye on sometimes...

An upside target of 1978... which is possible this week, but hell, bears would need to see some kind of swift reversal from there, with a Friday close in the 1950s.
-

Notable strength, BABA +2.7%... in the 98s. The momo chasers will be gunning for the big $100 this week.
Posted by Permabear Doomster at 14:52:00
Email ThisBlogThis!Share to TwitterShare to FacebookShare to Pinterest
Newer Post Older Post Home