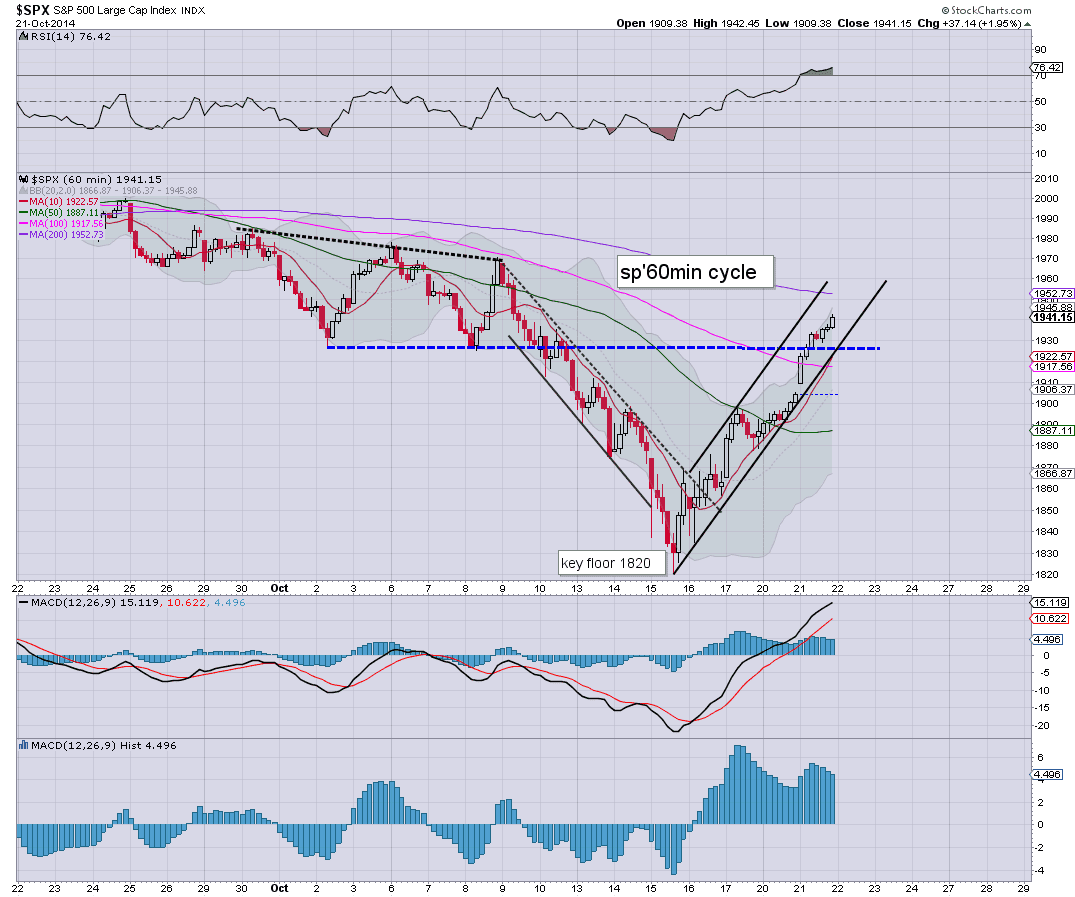 Unquestionably, another day for the equity bulls, and we're already getting close to levels where even the most diehard bears are going to need to be ready to wave a giant white flag.

There are many aspects of resistance in the 1960s, and (at least to me), any daily closes in the 1970s would negate the idea of a bigger bearish correction before year end.
-