Whilst US equities saw some rather interesting declines, there remains a very high probability that a key short term floor is being put in. Even the giant sp'2000 threshold is still viable this September. 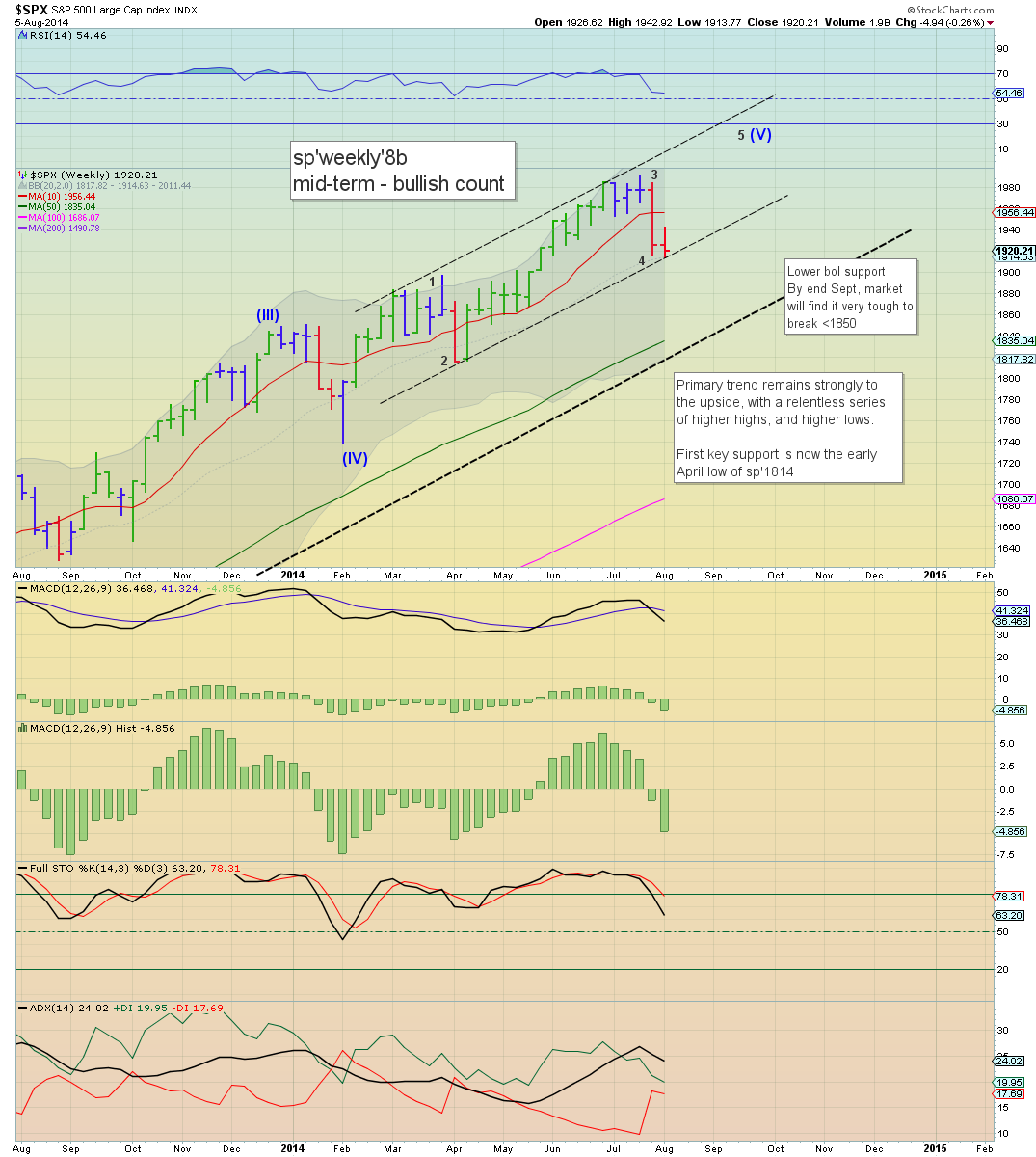 With the Friday low of sp'1916 broken, the weekly candle on the 'rainbow' chart has turned back to red. It is highly notable that we've not seen two consecutive red candles since late January.

All things considered though - as especially based via the hourly/daily cycles, a key floor is likely in the 1910/00 zone.