US indexes are making a play to turn positive (although yes, the R2K/Trans remain very weak today). A daily close in the sp'1980s looks viable. Metals remain moderately weak, Gold -$4. VIX is battling to hold the 13s. 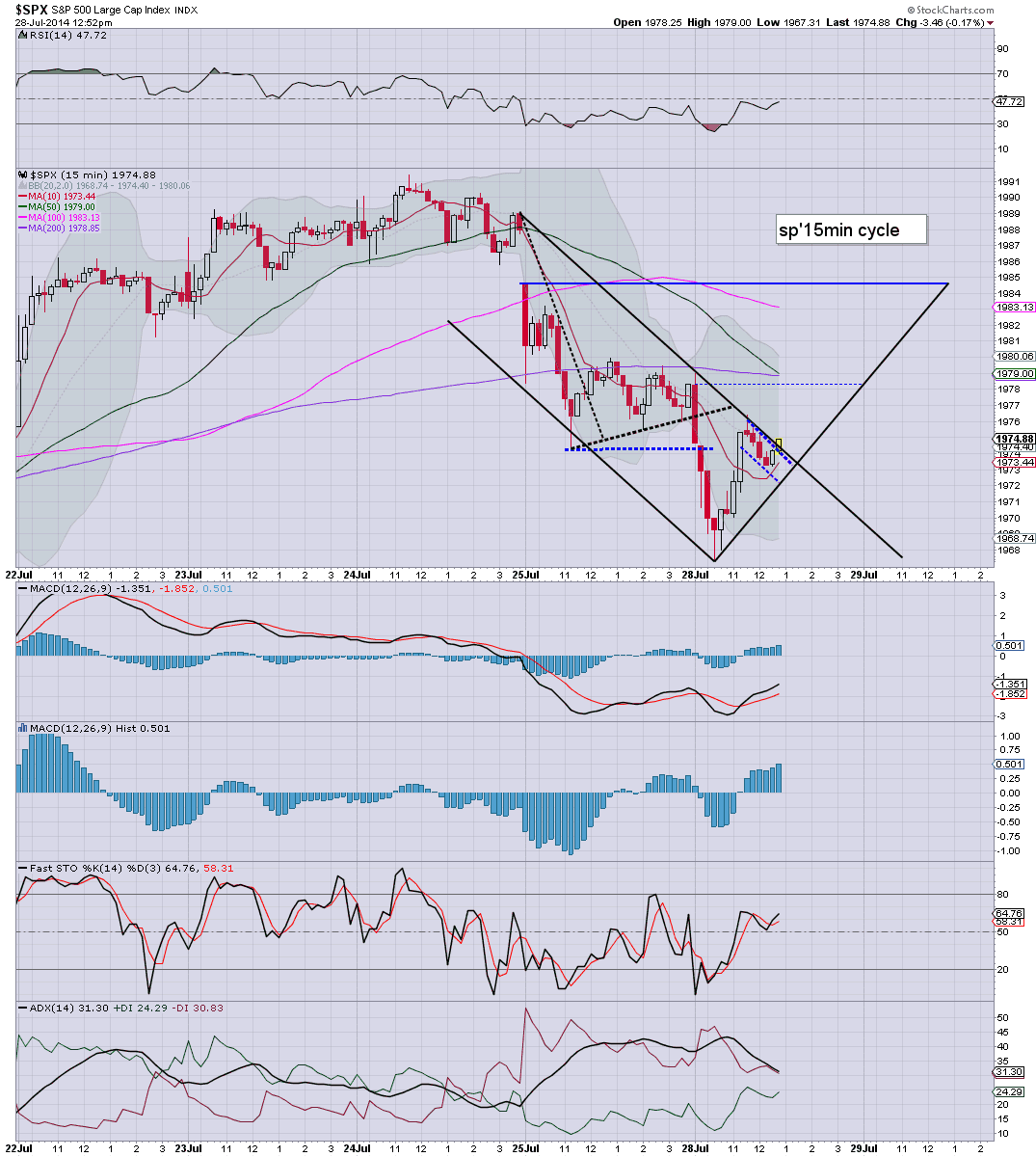 Without getting lost in the minor noise (it remains a tough battle)... we have a micro bull flag on the 5/15min cycles.

A high chance of at least briefly breaking into the 1980s.

A definitive break out of the 1990/50 zone looks unlikely until at least Wednesday..but more likely... Friday.