With the sp'500 and Transports breaking new historic highs, those equity bears who have been short since the Feb' low continue to be ground into dust. With the R2K flooring in the 1080s last week, it remains highly suggestive of at least a few more weeks higher. 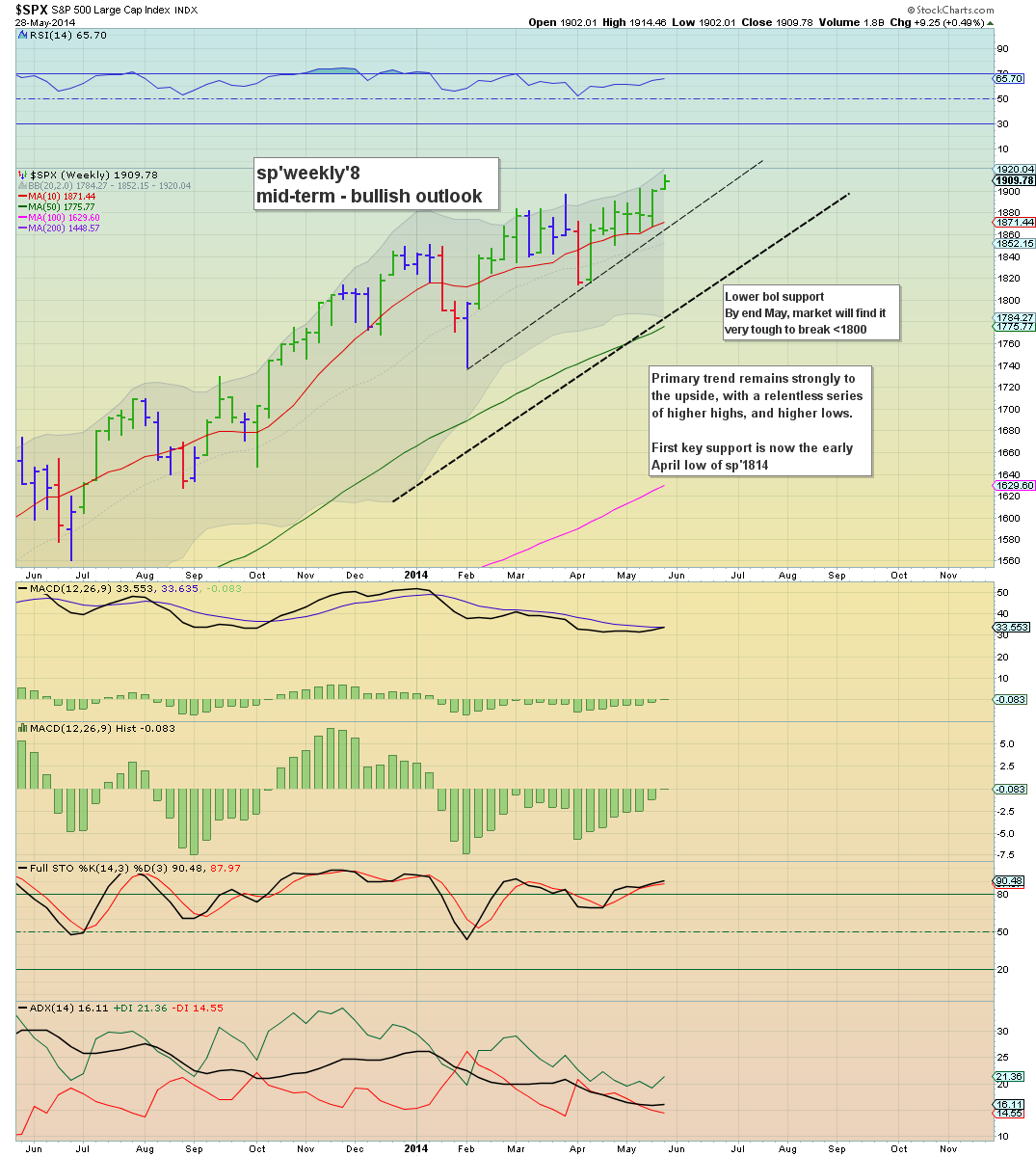 So...SEVEN consecutive green candles on the weekly chart, and anyone shorting this..is shorting into one hell of an up trend.

Personally, I'm still seeking at least a 2-3 month wave lower this year..but hey..the months are already running out this year!

There is the usual jobs data, but far more important...the second reading for Q1 GDP. Market is expecting a downward revision to -0.5.

It remains a truly tiresome market. The recent floor in the R2K/Nasdaq remains an issue I am still battling to assess. Was it merely the HEAD of a H/S now formed in the R2K, or was it just a giant 12 week down wave...with a far bigger multi-month ramp to new highs? 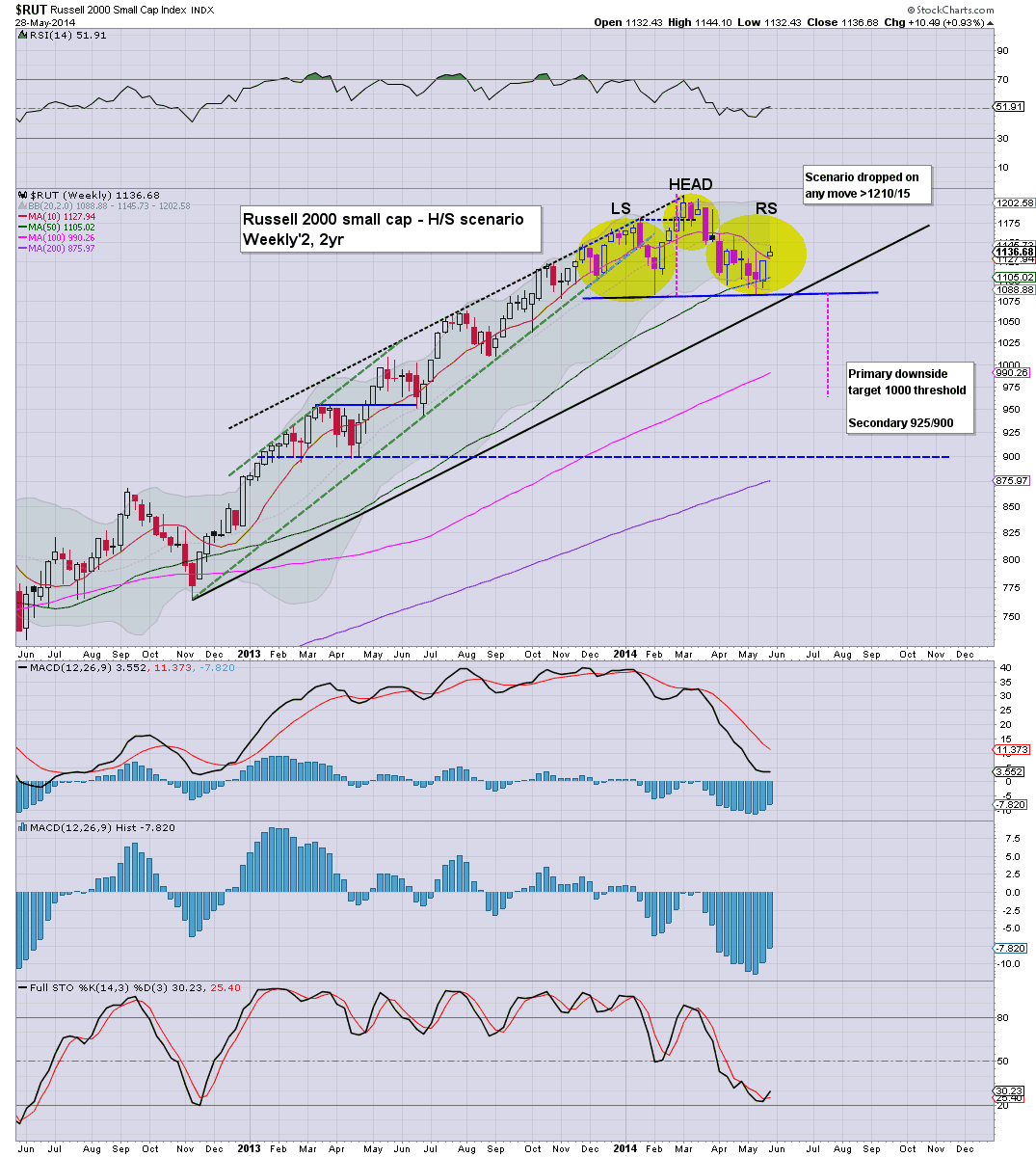 Well, the H/S scenario will indeed get dropped on any break into the 1200s....that is only 5% higher.

I will hopefully be around tomorrow, I suppose you could request a refund, but don't expect a reply.