Good morning. Futures are moderately higher, sp +6pts, we're set to open around 1864 - a mere 19pts (1.1%) shy of a new high. Precious metals are lower, Gold -$7, Silver -1.1%. Equity bulls look set to remain in control until at least the FOMC of Wednesday afternoon. 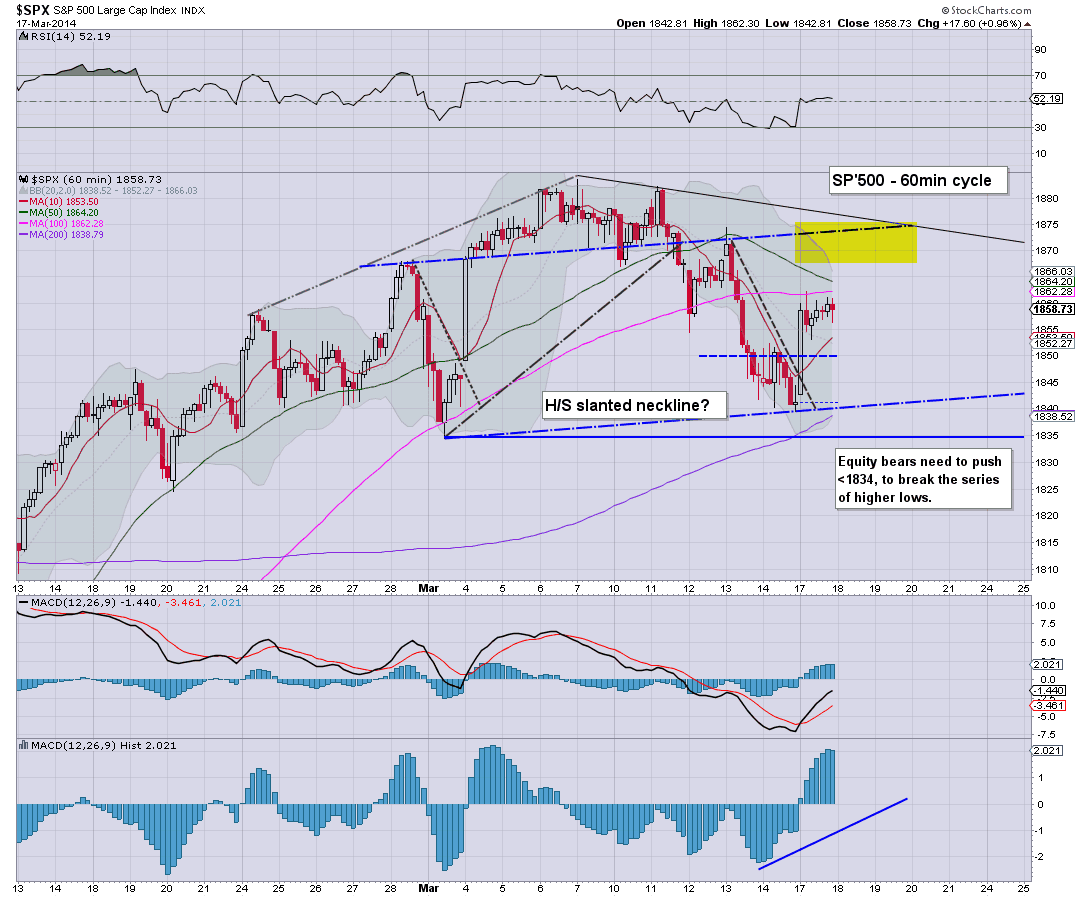 So...we're set to open higher in the mid 1860s, and it remains disturbing that we'll be barely 1% from breaking a new high.

What have all the doomers who were touting 'big gap down on Monday' to say about that?
--

As for Oscar's 2014 projection (see video, I ain't spoiling it!), I could agree with it, but if we see a multi-month roll over this spring/summer, it'll be tough to hit Oscar's target before end year. Of course, if Yellen goes nuclear with QE (>$100bn a month), then the sky is the limit. 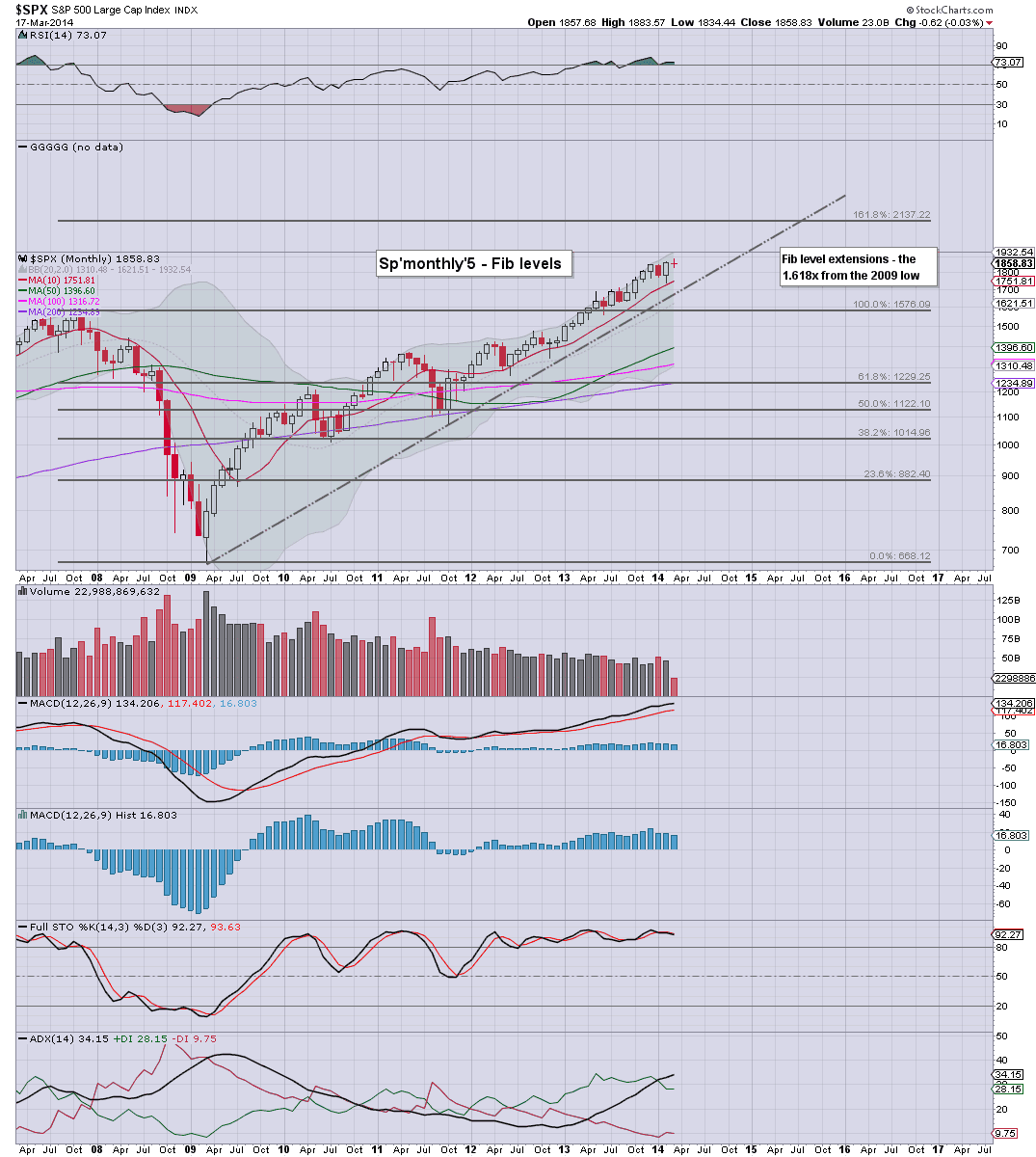 Kinda interesting that a natural Fib' extrap... gives that zone, although I was thinking it would be far more likely in late 2015, than this year.

--
As ever..updates across the day.