Mr Market is awaiting another set of monthly jobs data. However, even if the number is lower than expected, market will probably still manage to rally on the notion of 'less chance of QE-taper'3' at the next FOMC of March'19. 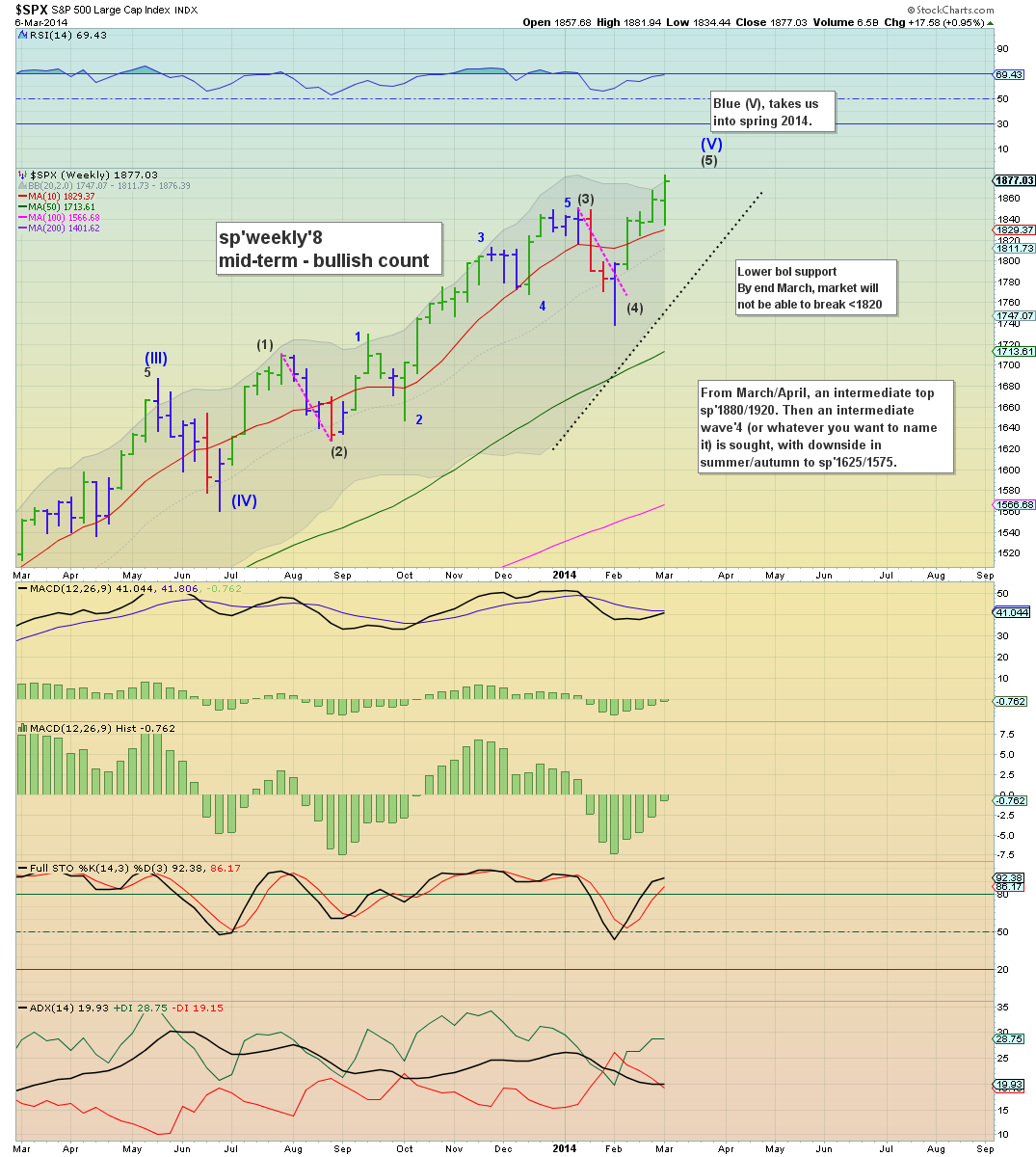 It was just another day for the bulls, and it appears utterly pointless for anyone to be attempting any index shorts right now. Underlying price momentum is powerfully bullish on the bigger weekly/monthly cycles.

Regardless of the Friday open, we still look set for continued gains into the next FOMC of March'19. What happens then..is when things might get interesting.


Old leader is catching up

As many have noted, the Trans (and the Dow) have been laggy. Yet...both look set to break new highs, whether tomorrow..or next week, it really doesn't matter, does it? 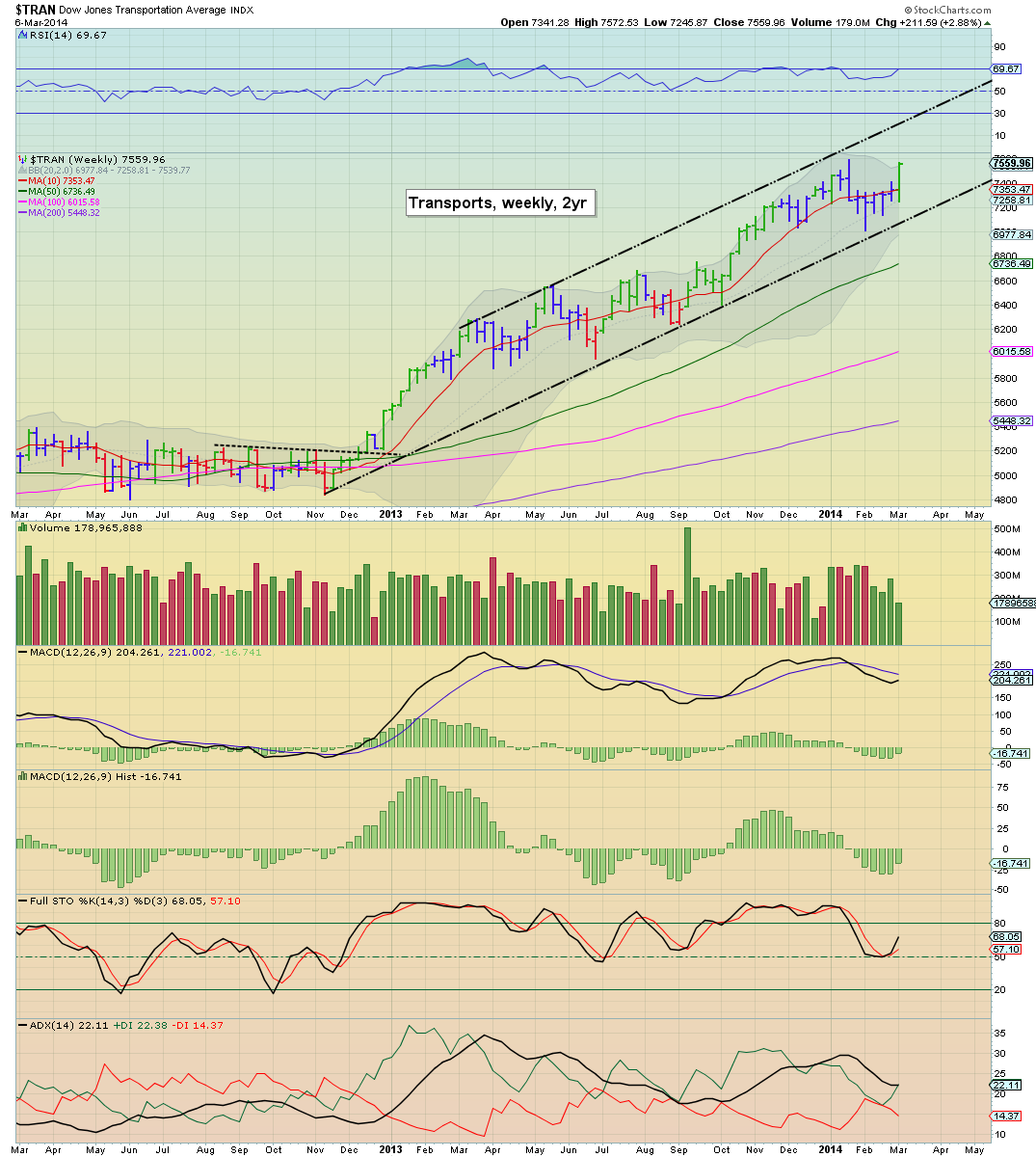 It looks like we'll close the week with a net gain of 2.5-3.5%. A new historic high, to end the week would merely be the ultimate bonus for the bull maniacs.

Market is expecting 150k net job gains tomorrow (with a static rate of 6.6%), which would be almost double the gains of the past two months.

My best guess? It is always very hard to fathom what the BLS will 'calculate', not least the mysterious seasonal factor. I'd have to go for something in the 100/125 zone. Not great, but neither would it be apocalyptic.

*next sig QE-pomo is not until next Monday
--