A quiet day in market land

It was a pretty quiet day for US equities. Despite reasonable ADP jobs data, and the FOMC minutes where the Fed discussed lowering the headline jobless target to 6.0%, the market just saw minor price chop. All of this recent price action is mere consolidation..before further upside. 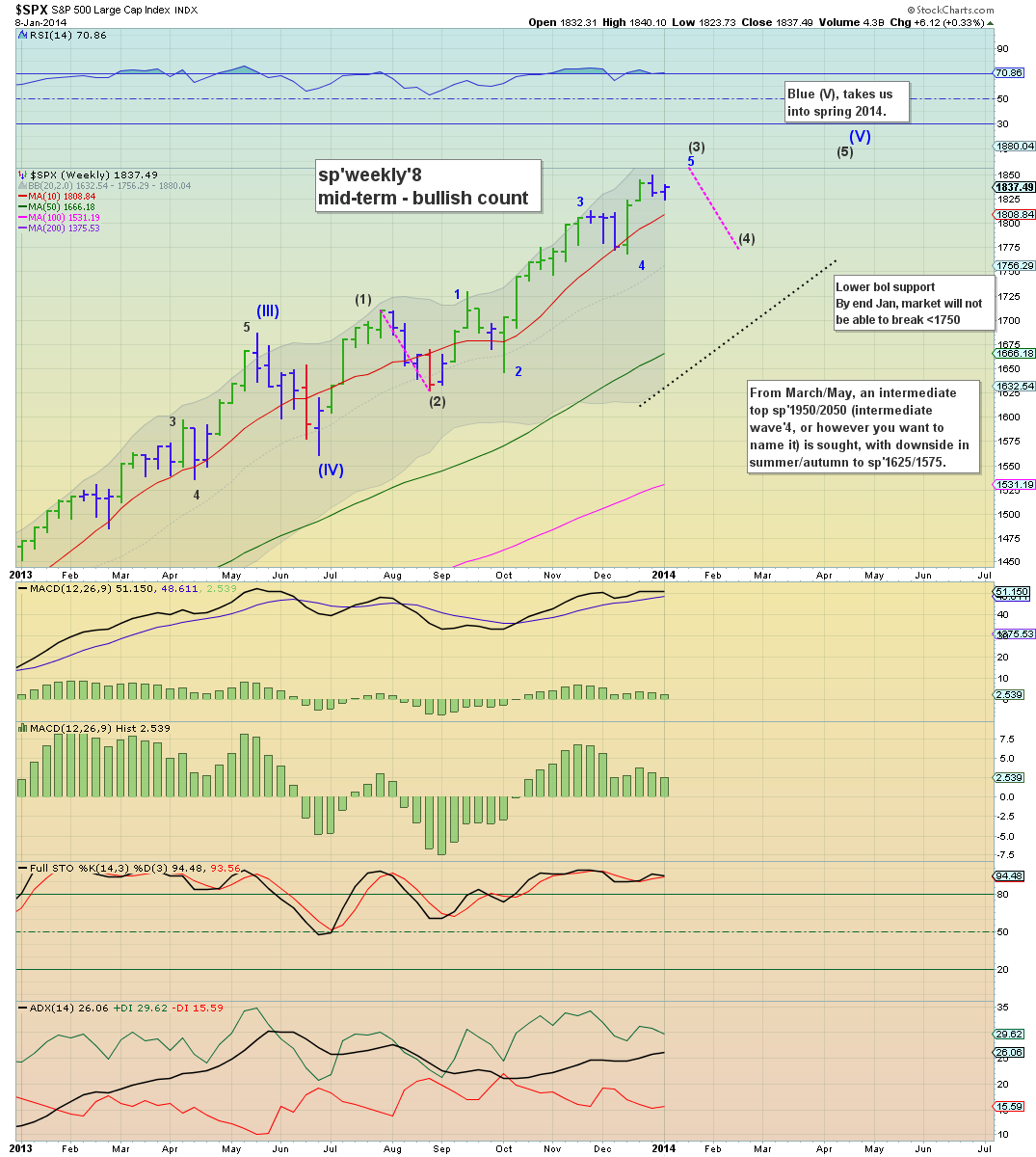 There really isn't anything to add. The bears are still getting overly excited at any micro drop...only to see the market rebound each time. The broader trend remains unquestionably to the upside.


The next intermediate wave lower

I've posted the following chart a few times over the last few months, back when the 1800s seemed impossible to many. Yet.. here we are, and now the issue is whether the 1900s..or even the big sp'2000 threshold will be broken above, before the next major wave lower.

sp'weekly'9 - the next fib retrace. 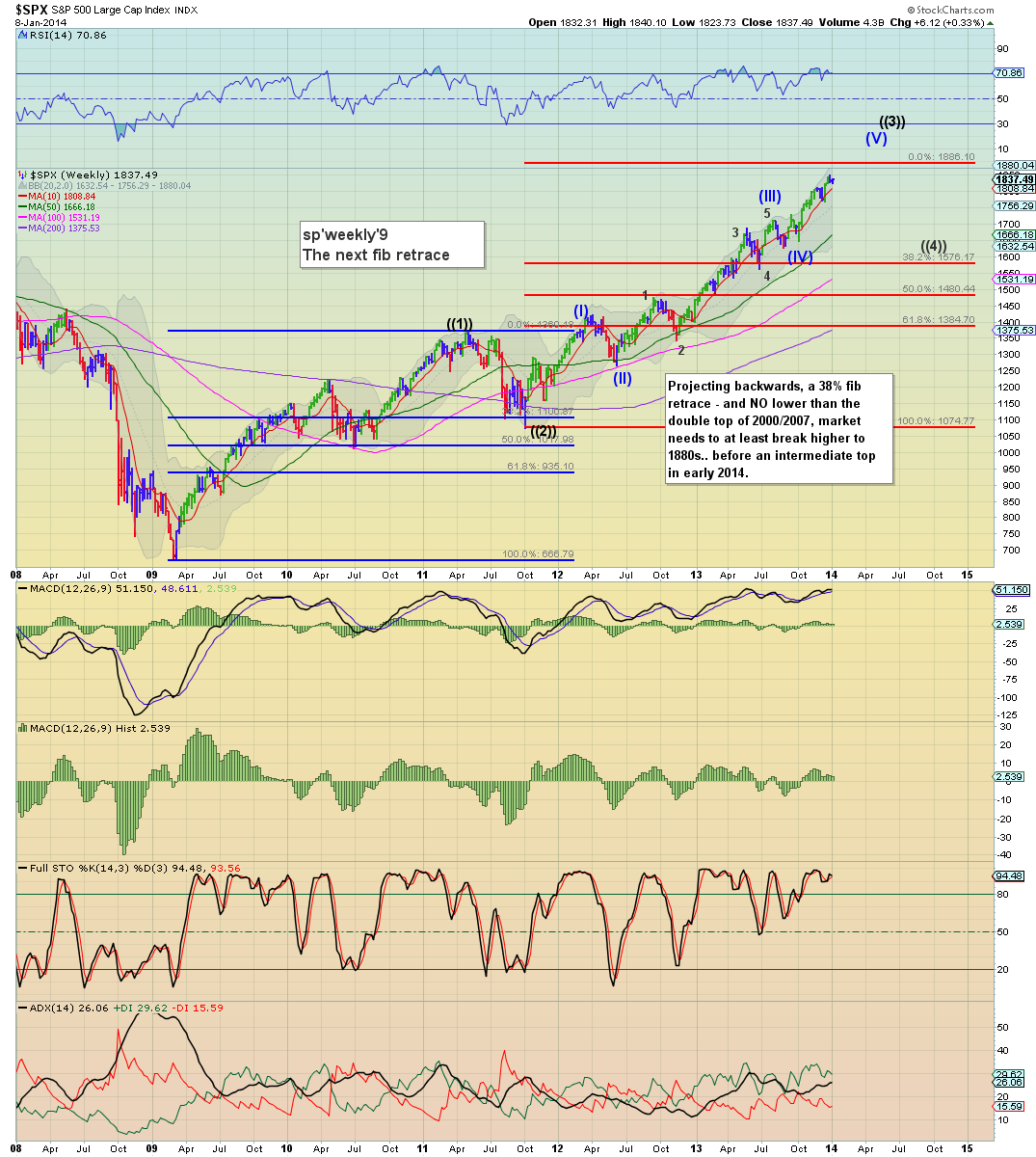 Upside target zone into the late spring remains.. sp'1950/2050. We'll just have to see where we are in March/May..and re-assess then.

There will be the usual weekly jobs data, along with two Fed officials whose comments might move the market a little. Other than that though, there really isn't anything significant. Market looks set to remain in the 1835/45 zone until early Friday.