2pm update - go stare at this

It remains bemusing how so many are getting overly wrapped up in the minor noise..even via the daily charts. The hugely important monthly charts are clear, with near term upside into the Dow 16300/500 by end year. The old 15700 ceiling..is now a VERY strong floor. 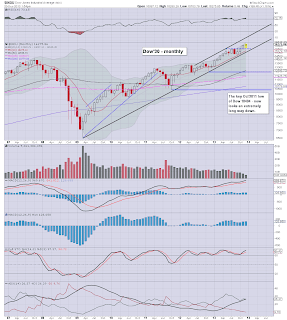 With taper out of the way - and another one unlikely until the March FOMC, the market looks fine for another 4-5 months.
-

The biggest failure of the doomer bears, has been the lack of acceptance that the primary trend remains to the upside. Even the 2011 summer/autumn drop didn't break the core trend, and the October turn was decisive enough to confirm another grand multi-month wave was coming.
-- 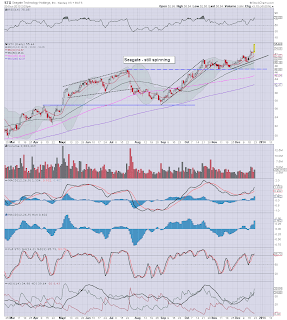 Very strong gains of 6%...and looks fine for the 65/70 zone by late spring.
Posted by Trading Sunset at 18:54:00
Email ThisBlogThis!Share to TwitterShare to FacebookShare to Pinterest
Newer Post Older Post Home