The main indexes closed somewhat weak, with the sp -4pts @ 1767. Near term outlook over the next few days is for minor downside. At best, the bears might be able to manage the sp'1730s, before the next major wave higher into the 1800s. 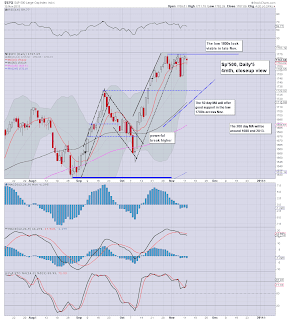 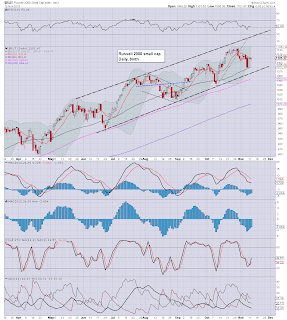 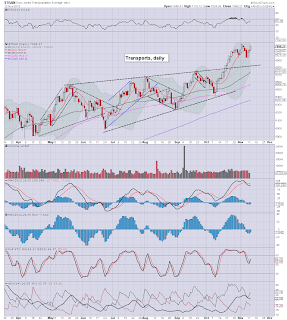 Generally, it would seem there is an unwillingness - at least in the immediate term, for anyone to buy >sp'1775.

A further little down wave seems likely, and I will again be looking for the sp'1730s as a likely floor. There are a fair few support 'issues' in the 1730s, not least of which will be the important weekly 10MA.
--
a little more later...
Posted by Trading Sunset at 01:00:00
Email ThisBlogThis!Share to TwitterShare to FacebookShare to Pinterest
Newer Post Older Post Home