The main indexes closed somewhat mixed, with the sp' just 1pt higher to 1656. Most notable today was the Dow breaking below the 200 day MA of 14727, the first time since late Dec'2012. With no agreement likely in the immediate term, the broader down trend looks set to continue into next week. 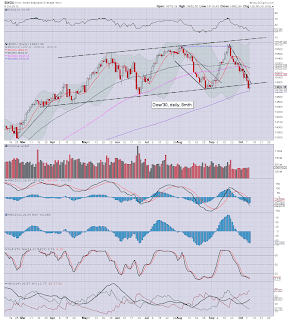 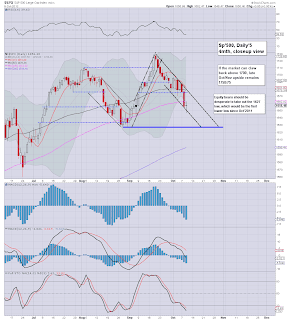 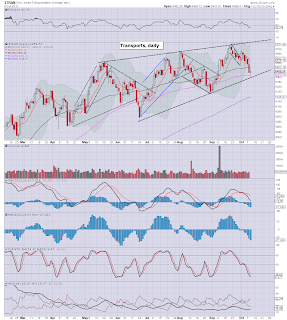 The opening minor gains failed within minutes, to see the bulls manage a 1% swing back to the upside by mid afternoon. Yet..the closing hour was again weak, and it would seem we are merely seeing a regular series of 'selling into the bounces'.

Next downside target is the sp' August low of 1627, which looks unlikely to hold..baring an agreement within the next 2-3 trading days..and that sure doesn't look likely.