With the Fed maintaining QE at $85bn a month, equities snapped higher, and the VIX naturally collapsed lower, settling -6.5% @ 13.59. Near term trend looks weak, and the VIX 12s look viable by the Friday close. 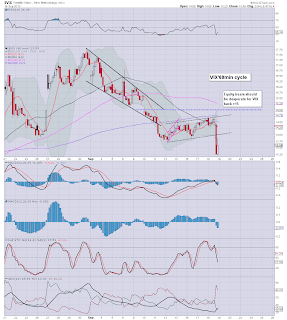 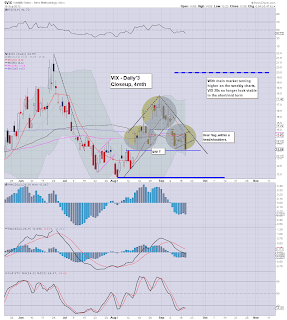 So...the market is breaking new highs, and the VIX has lost the mid 14s.

Near term trend is very clear now, with higher equities, and a VIX that looks set to break into the 12s late this week, or early next.

The bigger H/S formation on the VIX daily, is suggestive of VIX 11s in early October.
--