The main indexes all closed moderately higher, with the sp +6pts @ 1663, a net weekly gain of around 8pts. The two leaders - Trans/R2K, were weak for much of the day, but still managed gains of 0.1% and 0.2% respectively. Equities looks set for further moderate gains next week. 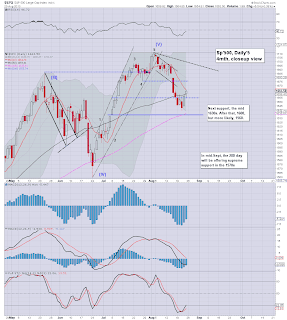 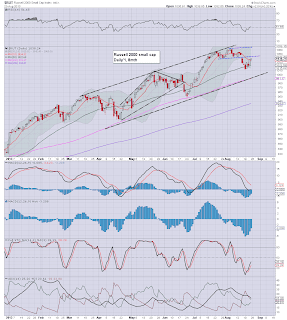 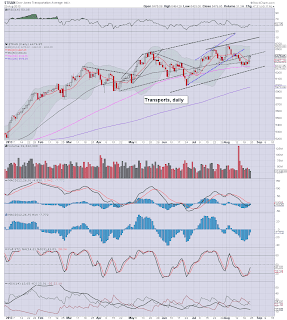 For the bears, it was an annoying (but not unexpected) end to the week, with moderate index gains.

Yet, the market was very weak this week, hitting a low of sp'1639, which certainly surprised a fair few people out there.

Best guess remains, a bounce into the sp'1675/85 zone early next week, before renewed..and significant falls into September. Downside target is 1600/1575. The 1560s will be very difficult to hit.

*I remain on the sidelines, and am patiently awaiting to launch an index re-short in the 1675/85 target zone.