10am update - time for the Bernanke

The market opens moderately higher, after the Bernanke statement was released (surprisingly) at 8.30am. Hourly index charts are looking bullish, and if the market decides it likes what Bernanke says in the Q&A, a close in the 1690s is a given. 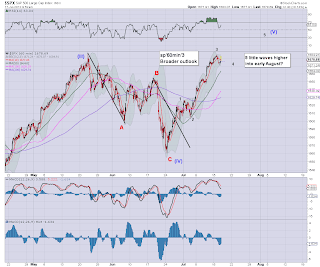 If that's the case, we haven't even seen the strongest gains in this rally yet.

Regardless, its time for the Bernanke, which could easily drag on until around 1pm.

Meanwhile, sp' is a mere 4/5pts from hitting all the 1687 short-stops.
Posted by Trading Sunset at 14:54:00
Email ThisBlogThis!Share to TwitterShare to FacebookShare to Pinterest
Newer Post Older Post Home