The market opens moderately lower, but the declines aren't enough to puncture the big sp'1600 level. Bears face severe problems with a very large QE of $5bn this morning. Underlying momentum is starting to swing back to the bears, but what matters is where we close on Friday. 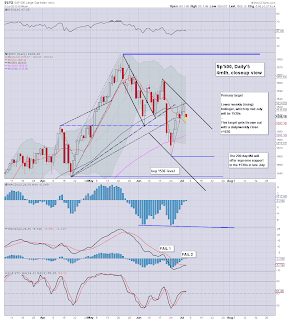 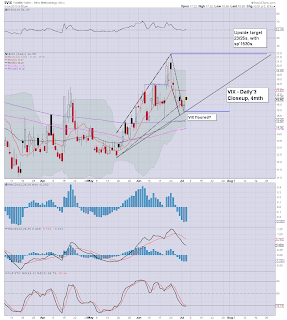 *daily VIX black-fail candle sure isn't such a great one for the bears. I remain very concerned VIX will go red by the 1pm close.
--

I've seen this picture many times before and it rarely ends well for the bears.

*for the record, I will hold short into Friday, but I sure ain't confident about the current unclear mess.