The gap fill is done, and it would seem the market is headed higher for the rest of this week. The bears have failed again, and lack any consistent downside power. Bulls should be seeking a Friday close in the sp'1660/70s, with VIX 14s. 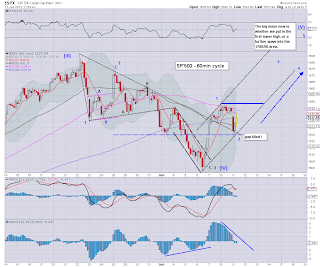 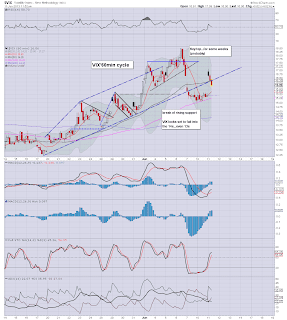 So..another day for those on the bearish side to be annoyed about.

We could of course still be tracing out some kind of ABC bounce - with 1687 being the mid-term top.

*I exited a rather brief 'heavy long index' position earlier. Rather good gains, and I've done more than enough for today.

Still holding the somewhat annoying MRO (long) position, but even that has a reversal candle on the daily chart. $36s seem viable within 3-4 days.


UPDATE 12.24pm..minor down cycle underway..but it probably won't be much.

A close in the 1650s is still viable..which would really annoy those still holding short.
--
Posted by Permabear Doomster at 16:53:00
Email ThisBlogThis!Share to TwitterShare to FacebookShare to Pinterest
Newer Post Older Post Home