The indexes have again seen a little wave of weakness, but we're still very comfortably holding over the key support, now around sp'1644. There is simply an absence of power on the bearish side. We still have some major index rebalancing to come later today. 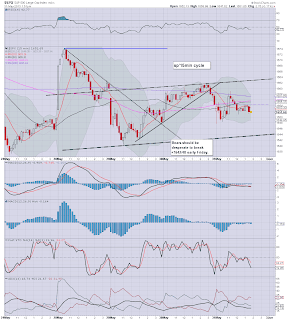 A little tiny wave lower, but still, its surely just 'mere noise' to be ignored.

Daily charts all look like they are primed for a major move higher into mid June.