Another very bullish day for the US equity market. The Trans/Rus'2000 indexes hit new historic highs, the sp' closed in the 1530s, with the dow in the 14000s. There is no sign of any weakness, near term trend remains higher, supported by the bigger weekly/monthly cycles. 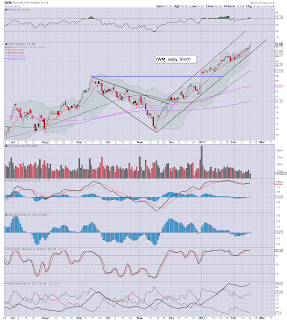 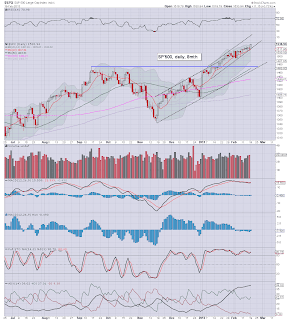 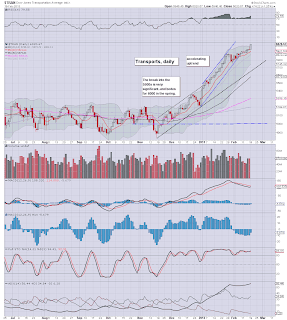 Another week begins with slow motion algo-bot melt higher. The close was pretty strong, and the bulls could even look for a moderate gap higher tomorrow.

Maximum downside right now would likely be 1490..which is of course entirely laughable.
--