Thursday's late day ramp clearly rattled some of those bears who are not yet convinced that we are seeing the beginnings of a major wave lower into the sp'1200s. Despite the afternoon ramp, the indexes are still offering massive downside potential. 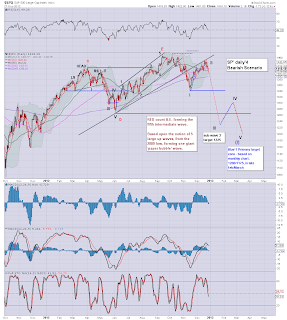 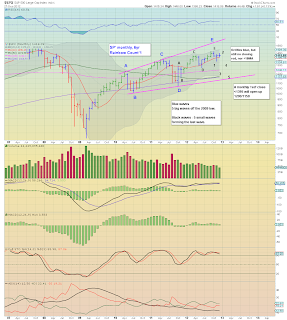 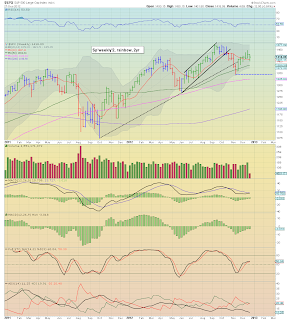 Today no doubt rattled traders on both sides. The bulls were rattled as we came very close to taking out the sp'1400 level – although Dow'13k did fall, and the bears were rattled in the afternoon as the indexes snapped higher due to another politician saying something.

These sort of crazy moves are going to be the likely norm for some weeks..if not months until a deal is finally reached.

A deal WILL be reached of course, but not before an awful lot of complaining and political squabbling has played out. Really, it could be some months before they finally sit down and agree to something.

With just two trading days left of the year, the USD is easily within range of closing in the 80s. The doomer bears seeking lower indexes in early 2013 should certainly be seeking a higher dollar, which would really help keep the lid (at least to some extent) on any crazy ramps, as we saw this afternoon. 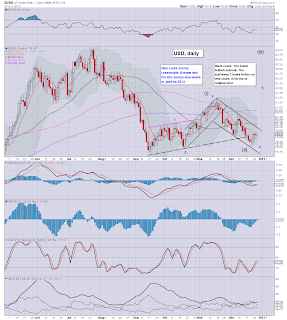 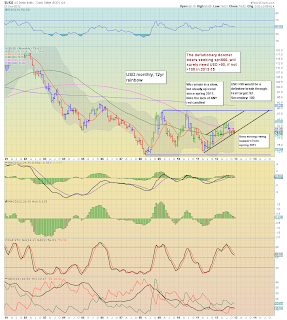 So, as ever, eyes on the dollar, and look for the 80s to be re-taken by the Monday/year end close.

*please note, normal/frequent updates are unlikely until my lousy internet is fixed (next Thursday). I will endeavour..as best I can though.
Posted by Trading Sunset at 04:00:00
Email ThisBlogThis!Share to TwitterShare to FacebookShare to Pinterest
Newer Post Older Post Home