The indexes closed only slightly lower, after a crazy late afternoon ramp – inspired by some US political maniac saying 'something'. Despite the closing ramp, further key levels were broken today, and the bears are continuing to do serious 'technical damage' to the near/mid-term outlook.

*since its been a while that I managed to post some broader updates...here are five of the key indexes... 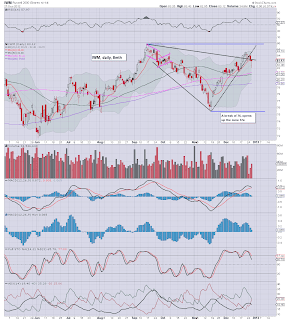 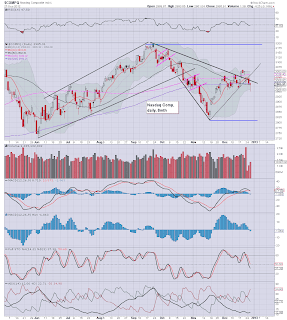 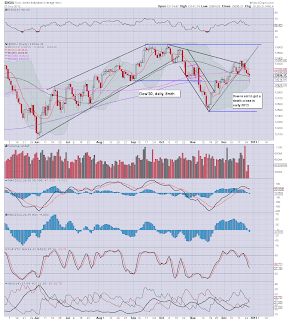 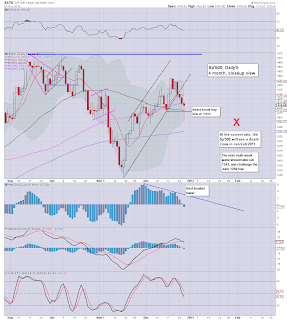 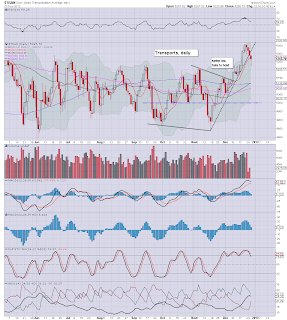 First, I believe I'm correct in saying, we closed with 'hanging man' candles on most of the daily index charts. So, despite the afternoon ramp, the indexes did close a touch red..and those daily candles are NOT bullish.

With the VIX breaking the 20 threshold, we have another key warning of trouble, and the VIX weekly chart continues to suggest 30/40s are viable within 2-4 weeks.

I do understand if some bears were really rattled by this afternoons action, but really, such ramps are to be expected..not least due to the current political squabbling.
--

*please note, normal/frequent updates are unlikely until my lousy Internet is fixed (next Thursday). I will endeavour..as best I can though.
Posted by Trading Sunset at 01:00:00
Email ThisBlogThis!Share to TwitterShare to FacebookShare to Pinterest
Newer Post Older Post Home