Good morning. Futures are slightly off their overnight highs, sp +4pts, we're set to open around 1411. This is most likely just another opportunity for anyone not yet short to do so, or similarly, to exit existing longs. Daily index cycles are ticking lower, with the VIX headed for the 19s. 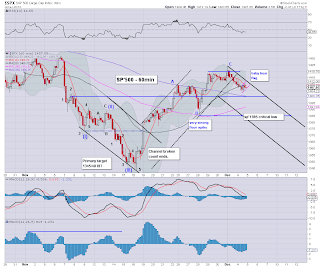 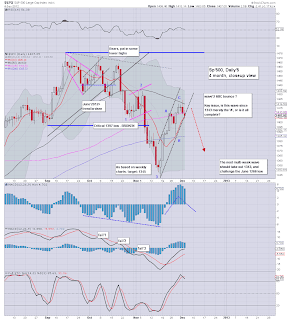 Bears in theory could tolerate a brief spike as high as sp'1420, but really, I don't want to see anything >1415 this morning.

What I do want to see is a VIX holding together, and then making a latter day battle higher into the 18s, with a close in the sp'1390s.

Upcoming econ-data @ 10am, Factory order and ISM non-manu. Both should have at least some effect on the market.