The market closed in a particularly bearish manner. This was added to in the first hour of after-hours trading where the market was trading at the equivalent of sp'1390 – where the 200 day MA is lurking. Bears should be seeking a clear break under the recent 1398 low, and to be trading Monday somewhere in the 1380s..if not considerably lower. 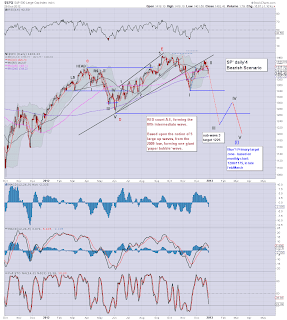 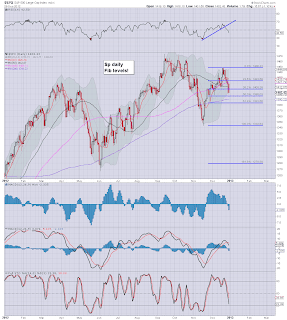 Just a brief final update to close the day...and week.

It would appear the original outlook is back on track, after that little disturbing foray into the sp'1440s. We have what appears to be a classic back test of the broken October 2011 rising support.

Two key levels to keep in mind for early January 2013!

There is arguably nothing but empty air from 1343 down to the June low of 1266. In many ways its the 'free money for the bears' price zone.

*there will be a posting late Saturday, probably on the weekly index charts.
Posted by Permabear Doomster at 04:00:00
Email ThisBlogThis!Share to TwitterShare to FacebookShare to Pinterest
Newer Post Older Post Home