I'm holding to the notion that the transports is a key signal, and so far, it remains within a 5 day flat top. Only with a break <5160 can the bears start to feel confident of a little weakness before Christmas day. 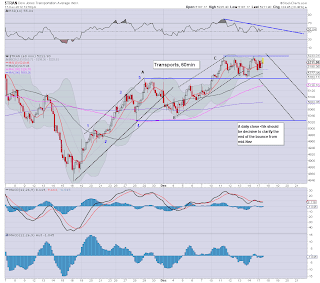 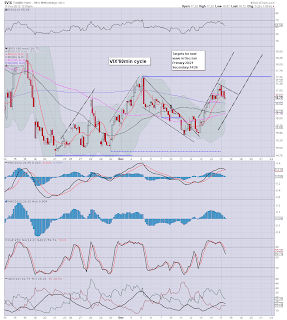 Tranny putting in a spiky candle this lunch hour.
--

VIX is still holding together, despite the sp' trying to break back into the 1430s. Dollar is roughly flat, no drama in currency land today.
--

3 hours to go, that is plenty of time to see some latter day weakness.

UAL looking like its reached the cloud ceiling...black candle warning of trouble. 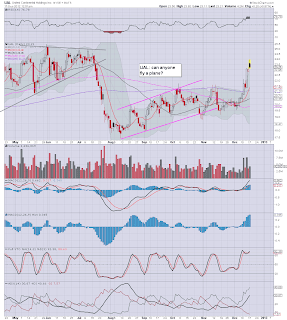 A much more reliable stock though...HPQ, ready to break back into a new downtrend. 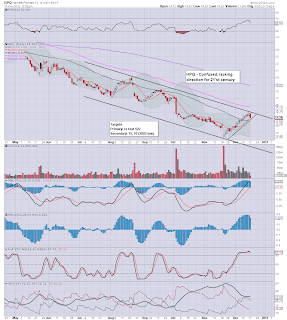 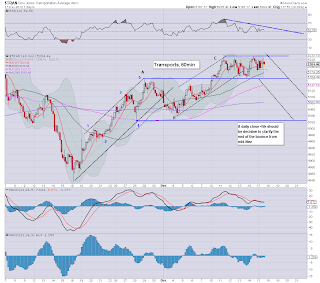 As noted, bears really need a break <5160 for confidence of lower levels. There is just about enough time for even the dow/sp' to close flat, but it won't be easy.

If the bears are going to take control of this week...now would be the time.