With the indexes seeing a little weakness in the late afternoon, the VIX flipped from moderately lower, to closing +2.7% @ 15.92. Such moves though, are to be treated largely as mere noise. 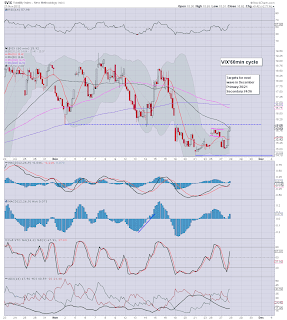 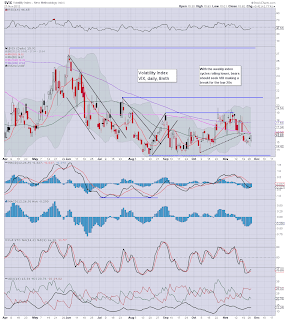 So...both the hourly and daily cycle are now trending higher. At the current rate though, it will take around 3-5 trading days for the VIX to go positive on the MACD (blue bar histogram) cycle.

Wednesday, there will be clear resistance around 16.0.