October comes to a close

October closes with the main indexes putting in their first monthly loss since May. For the doomer bears out there, this should be seen as a provisional sign there that could yet be some major downside action into year end. With WTIC Oil - and many other commodities, closing the month lower, it would seem Mr Deflation is still lurking out there.

Lets take a brief overview of how we closed the month. 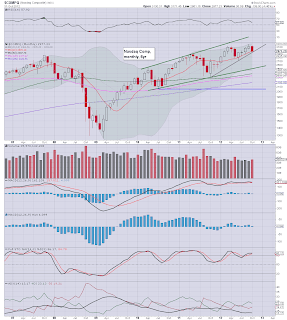 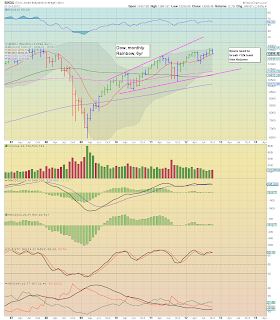 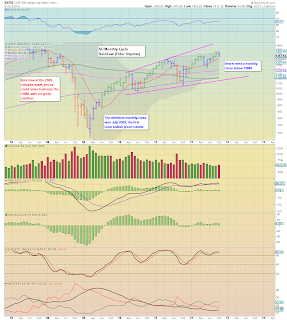 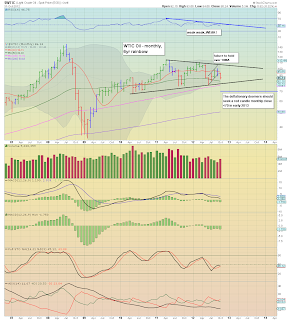 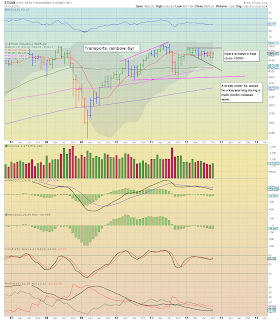 So, October is over. In some ways, I can understand if some of the doomer-bears are disappointed. After all, despite some lousy econ-data (both US, and international), the indexes are only slightly lower. Yet, a decline IS a decline, and the blue candles as seen on the Dow/Sp' rainbow charts could be a provisional warning of trouble for Nov/December..

For the deflationary doomers out there, the monthly close for WTIC Oil was especially pleasing to see. Just consider all the earlier 'middle east..imminent doom' talk we had, and yet, Oil still closed 6% lower this month. Pretty amazing!

The tranny, which was my first red flag for the Autumn actually closed the month with a bullish green candle, but, it remains in an extraordinarily tight trading range since the start of the year. It is arguably still the case, that the tranny is yet to make a decisive move either way.

We have an election next Tuesday, Doubtless that will be a market-moving event, and likely has serious implications for the longer term, not least if Romney snatches victory.

Lets be clear, the index declines this month are a possible very early sign of trouble. We still have the ticking time bomb that is Europe (although there might be a few years left on that detonator clock), but more so...we have the US fiscal cliff to be resolved.

If the political maniacs can't agree to delay most of the tax increases and spending cuts, then Mr Market will need to 'adjust' to a very significant extent. There remains a very strong possibility we'll still hit sp'1200 within the remaining two months of this year.