Almost time for a holiday break

The main indexes closed flat today, look set for further gains into the thanksgiving break, and continuing into next week. Primary target zone for the completion of this wave'2 bounce remains sp'1410/25. 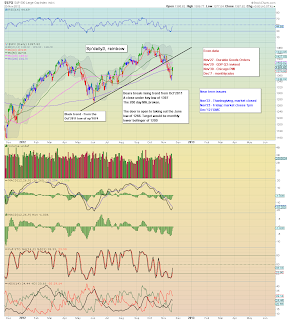 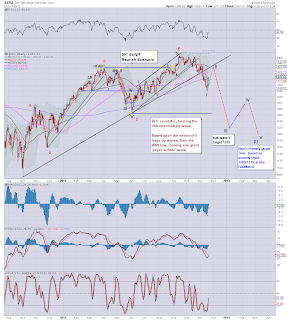 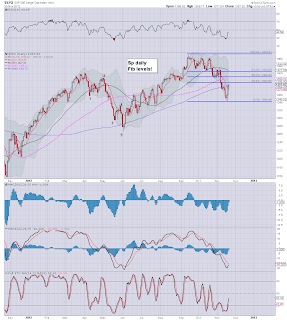 Wednesday will see normal trading hours, but it will likely be very muted trading.

The daily'4 chart displays my primary outlook, although the time frame is the tricky part. I'm pretty certain on the price target, but it might take until January to really see the big downside action - not least because of the seasonal 'Santa' factor.

I remain content to watch this market battle higher from the sidelines. I 'might' consider a brief re-short as early as next Monday if we are stuck around sp'1410.

However, the bigger strategy is merely to wait for a rollover on the daily MACD cycle, which at the moment, appears unlikely to happen until the very end of next week - at the earliest.