The broader market was somewhat lower today, but only the Nasdaq managed declines of a somewhat notable 1%, although it remains comfortably over the key 3000 level. With the VIX closing flat, the equity market is certainly not feeling any concern yet. 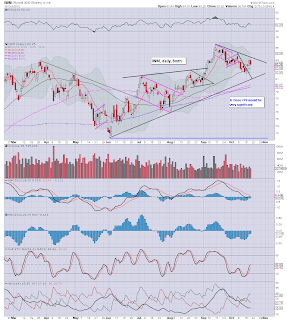 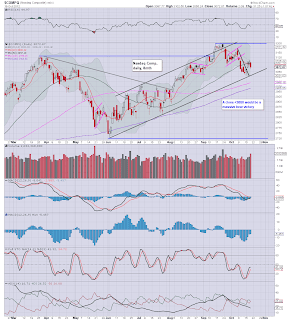 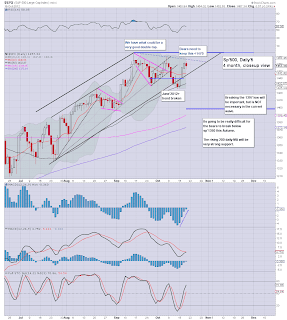 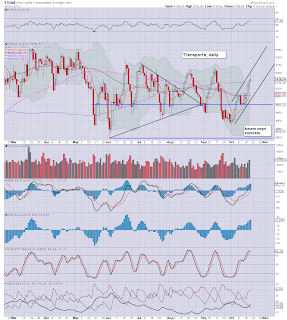 Lets start with the tranny, which once again was doing its own thing. It closed with gains of just 0.15%, which was a long way down from the morning spiky highs. That brief spike would make for a nice cycle top, if that is indeed the case.

The main Dow/SP' indexes traded in a rather narrow range today, and in some ways, it has to be seen as disappointing from a bearish perspective. Just what is going to get the main indexes start to take out some of those important support levels?

For those doomer bears seeking market trouble this autumn, it is clear that the first minor low to take out is now the Monday low of sp'1427. After that, is the sp'1397 low. Until we see a few daily closes under the latter, the primary trend most definitely remains UP.

In addition to that SP' target, we'll need to see a weekly VIX closing >20. That would provide a good warning to something 'major'. Again, until that is seen, the primary trend for this bizarre market is indeed UP.