The two main indexes - SP/Dow closed moderately lower, but it is notable that the transports managed to close green, and the Rus'2000 small cap only closed fractionally lower.

With the VIX closing flat, todays index moves are not entirely bearish for Thursday. 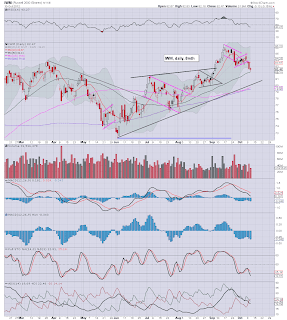 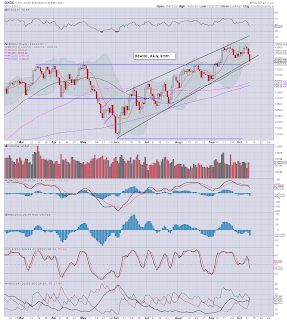 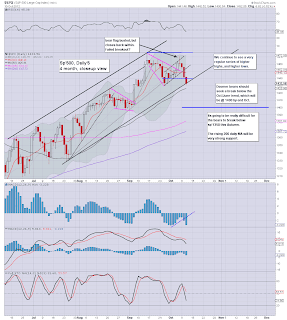 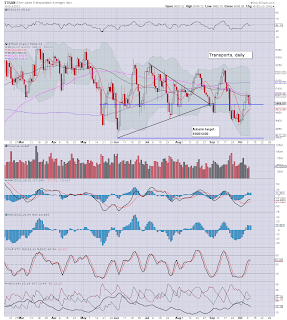 So, its something of a mixed bag. I suppose the transports and IWM are maybe just doing their usual random/volatile nonsense, but its not exactly the sort of thing I wish to see on what should have been a stronger down move.

*most notable to note though, the Dow, SP, are breaking below their June trend/support channels. The transprots is already well below it of course. The R2K is still 2/3% away.

Bears should look for an overnight break below the important sp' 1430 level, that will offer a test of the 1425 level - which is important in many respects.

A gap straight under 1425 would make things a lot easier for those bears seeking an exit in the next day or two.

Lets keep in mind that we're only 41pts from the QE spike high, thats not even 3% ! A move down to sp'1400 would be a very natural level to hit by the Friday close.