With better than expected jobs data (if only the reality were true), and Mr Draghi saving the world (I'm sure he imagines it), the market above broke key resistance, and ramped hard.

Naturally, the VIX was smashed lower, closing -12%, back into the lowly mid 15s 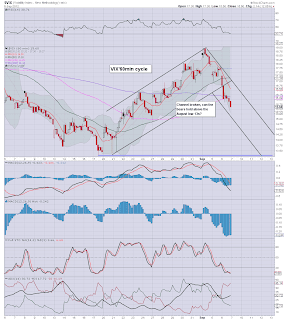 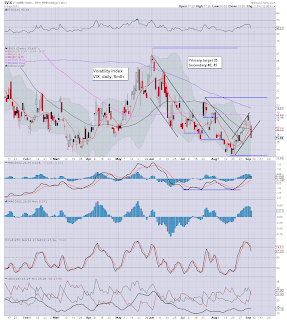 With the up channel now ruined, its likely it'll take some days for this down cycle to complete. Primary target is somewhere in the low 14s.

Its important to note, that the bears sure don't want to see yet another lower low put in <13s.

The MACD cycle is clear, we'll probably trundle lower for a good 3-5 days, but it could be considerably longer, depending upon the German court and the FOMC next mid-week.