A bit of a choppy day, but as expected, those early declines never really held. Most notable of all today was the reversal in the Rus'2000 small cap, which saw a latter day surge. With the transports similarly showing a significant reversal, further gains should be expected across at least the next few days. 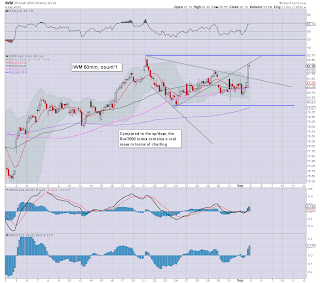 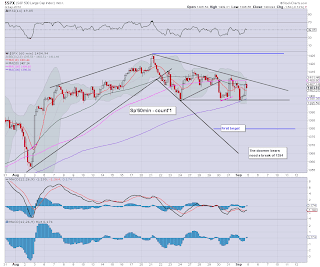 The closing hour was a little weak, but I don't think it matters. The daily cycles (to be updated later), are suggestive of significant upside for the rest of this week.

The VIX daily clearly looked toppy this morning, and I'm pleased to be merely a spectator again. There will likely be a much better re-short level sometime in the next 3-5 trading days.