Whilst the Sunday futures wheel is now up to speed, lets consider one of the bigger bearish cycles I been highlighting for some weeks. 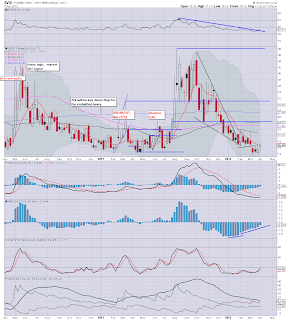 The point I've been making for some weeks is the MACD (blue bar) cycle, its been inexorably cycling back up, its sure taken longer than expected, not least when it broke what had appeared to be a floor, in the second week or March.

So, the only issue is how high can the VIX go across the next few days?

Upper bol' is still almost 30, although the daily upper bol is 16.82, essentially where we're are already. 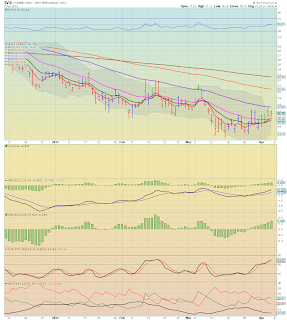 So, eyes to the VIX Monday., could...get interesting. Certainly, it should be a great open for anyone who was buying Puts on Thursday.

Key issue: Bulls will want to see an opening black candle in the first 30 minutes on the hourly charts, that might suggest its merely a brief shake out, and then up we crawl..for rest of the week.

Bears just need to see a 10% gain hold across Monday, and that will open the door, to more interesting levels.