April will be Pivotal for the Metals

So far March - and indeed the year, has been a bit rough period for Gold and Silver. Rather than the much touted moves higher that many of pro-metal websites have predicted, the Metals are still slipping lower. 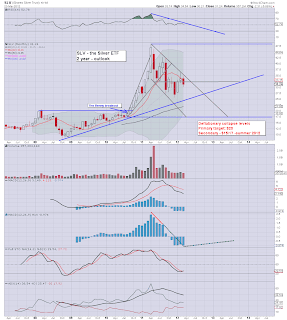 Silver looks very weak, and looks set for a challenge to break its November low of 26. If 26 does fail, then my original target of $20..and even $17.50 are within range.

Right now, only a move above $40 could it be said that Silver is decisively on a new up cycle, with a third attempt to break $50. 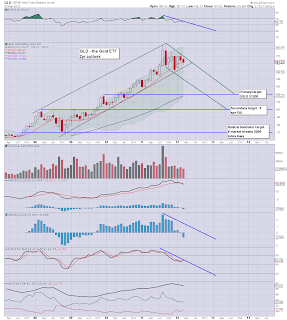 Gold remains stronger than Silver, but its still in a near term decline. Right now, the long term trend/channel remains intact. A break below $1500 would be hyper-bearish, and it'd likely snap straight down to $1400 within days. I would also believe that if $1500 fails, then $1200 is also a given, although that level would likely take until the latter part of this year.

So I am certainly still bearish on the metals for most of this year, and maybe even into 2013, yet the long term outlook is very clear.

I remain super bullish on the metals in the long term. Especially silver which has systemic problems in lack of supply within the next 10/15 years.  A combination of both Gold and Silver - in physical form, remain the ultimate hedge against the printing maniacs of the worlds central banks.
Posted by Trading Sunset at 10:52:00
Email ThisBlogThis!Share to TwitterShare to FacebookShare to Pinterest
Newer Post Older Post Home