Good morning. Futures are moderately lower, sp -7pts, we're set to open at 1858. Precious metals are a touch lower, Gold -$2. Equity bulls are in some real trouble today, although until Mr Market puts in a daily close <1840, this is still the same nonsense that we've seen since early March. 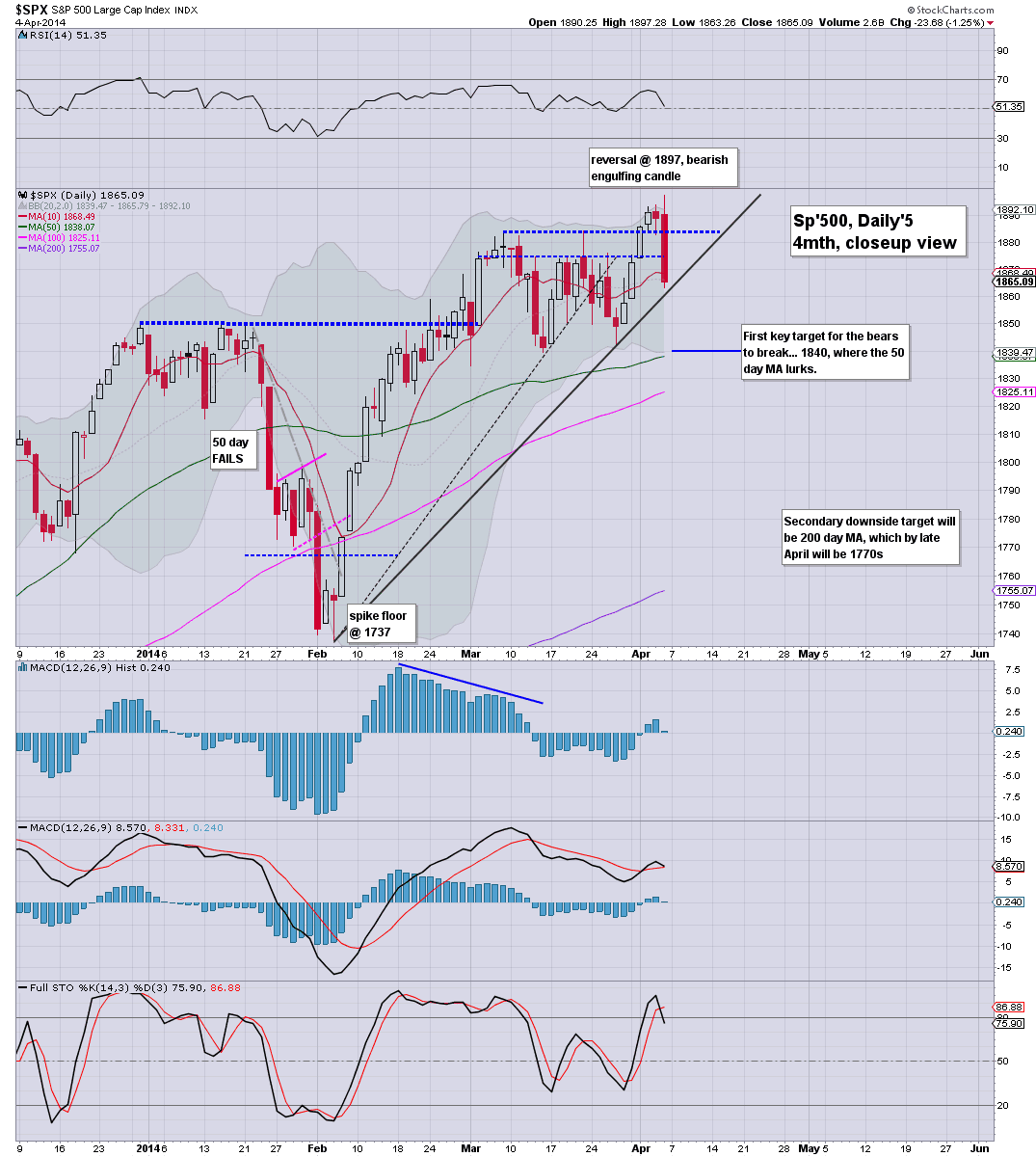 Equity bears should push hard to a key break under the 50 dma - which will be around 1840 at the open - also where the lower daily bol' is.

--
*As noted at the weekend, there really isn't any econ-data of note this week. Further, equity bulls don't have any sig' QE-fuel until Thursday.


For those trading the Dow... 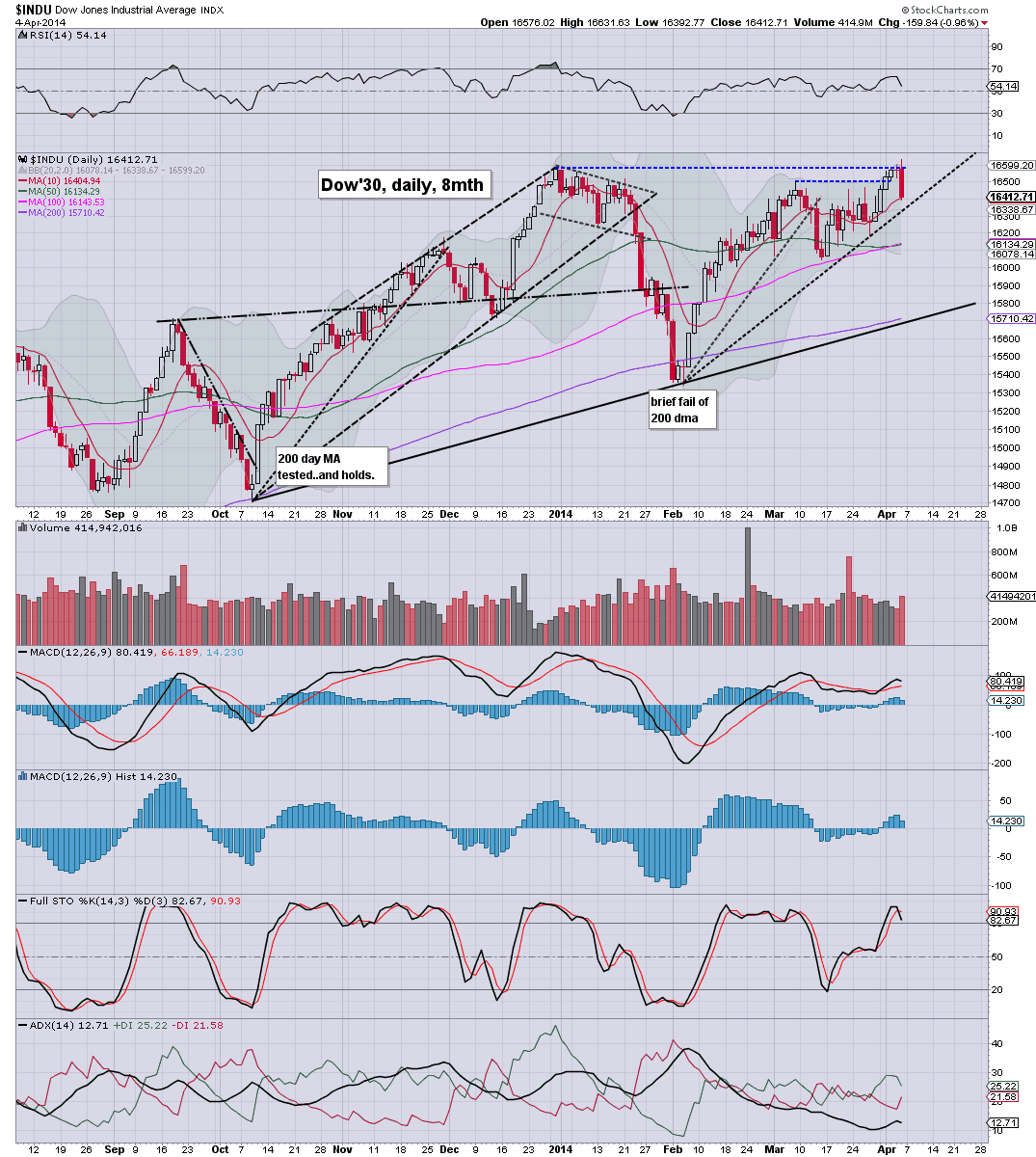 ...in the grand scheme of things though, all these moves are pretty small, aren't they?
--

Special note...
I am due to lose power this morning, and will likely be offline for an hour, so if I disappear..you know why!

As a result, I won't be hitting any buttons until the afternoon. Considering the Friday price action, I will consider a small short position...but really, I'd feel a hell of a lot more comfortable being short the market <1840.
-

I should be around..as normal for the day :)

Bears can sustain a bounce, but arguably no higher than the recent cluster price level of 1875.


9.33am.. minor opening weakness, and bears just don't have the power to kick this significantly lower.

Despite no QE today, 1870/75 seems very viable...which will no doubt annoy all those seeking a major red start to the week.

VIX +8%...showing a little power...but..we're only in the 15s..this remains a bizarrely low level.
Posted by Permabear Doomster at 13:30:00
Email ThisBlogThis!Share to TwitterShare to FacebookShare to Pinterest
Newer Post Older Post Home