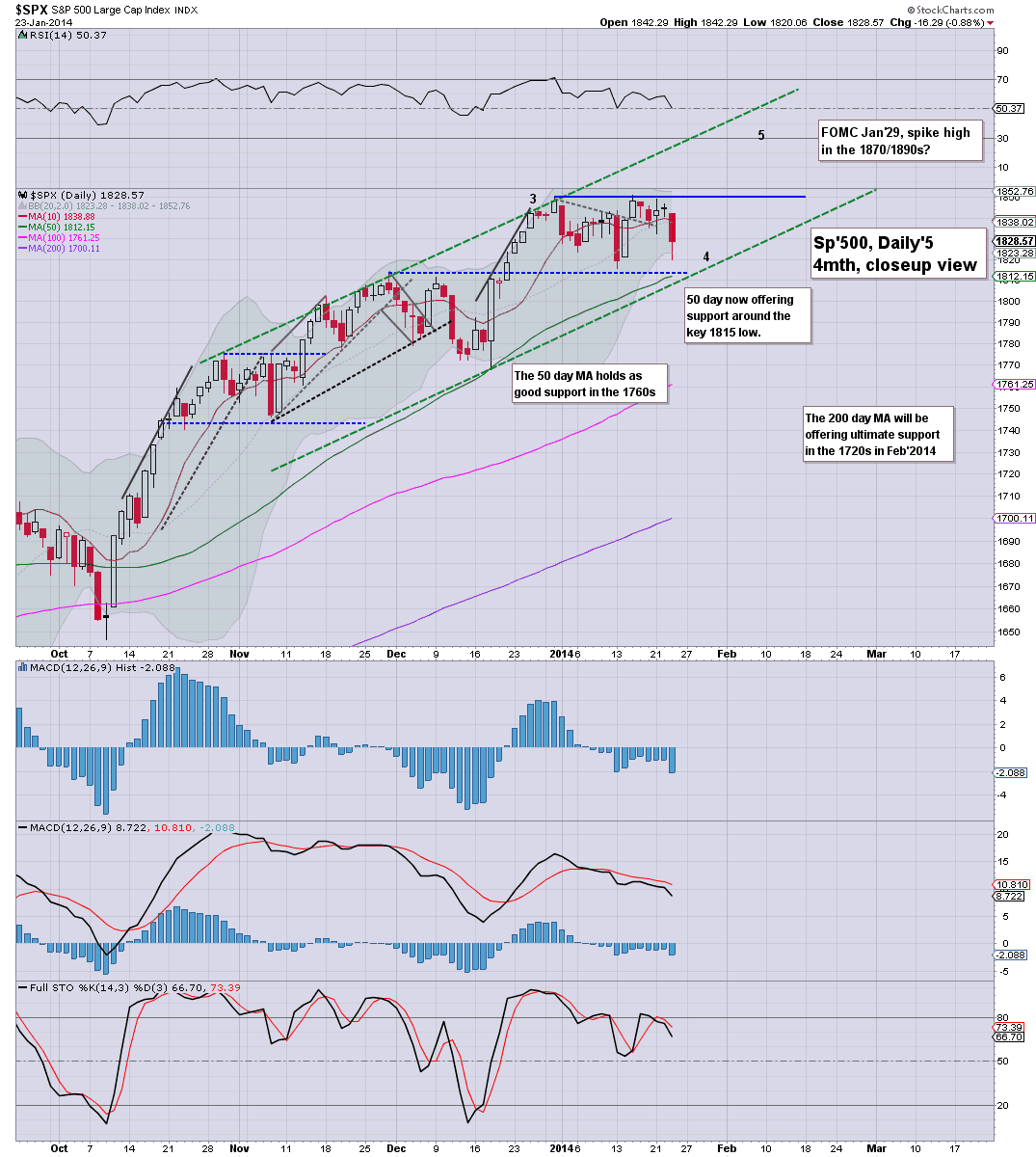 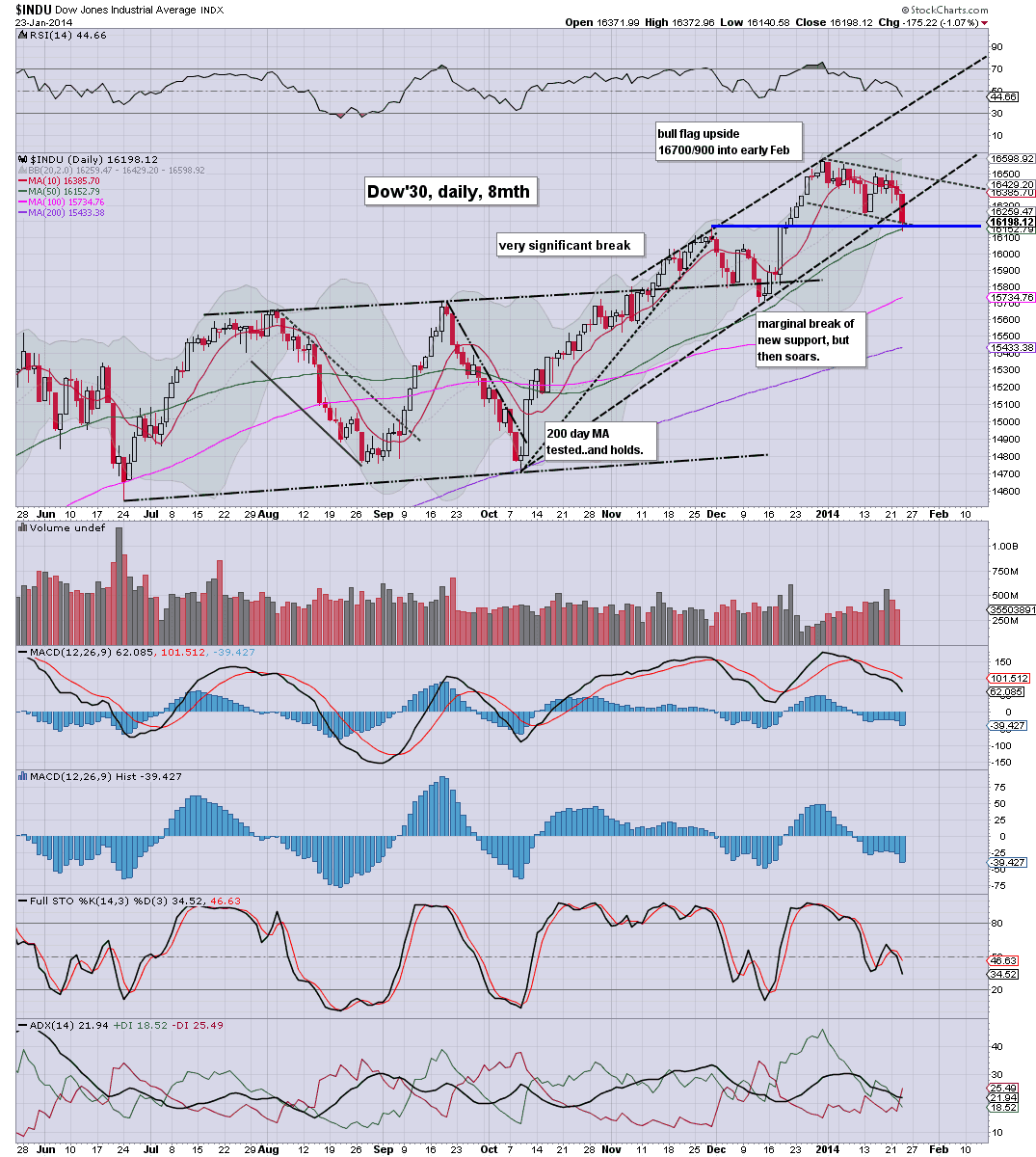 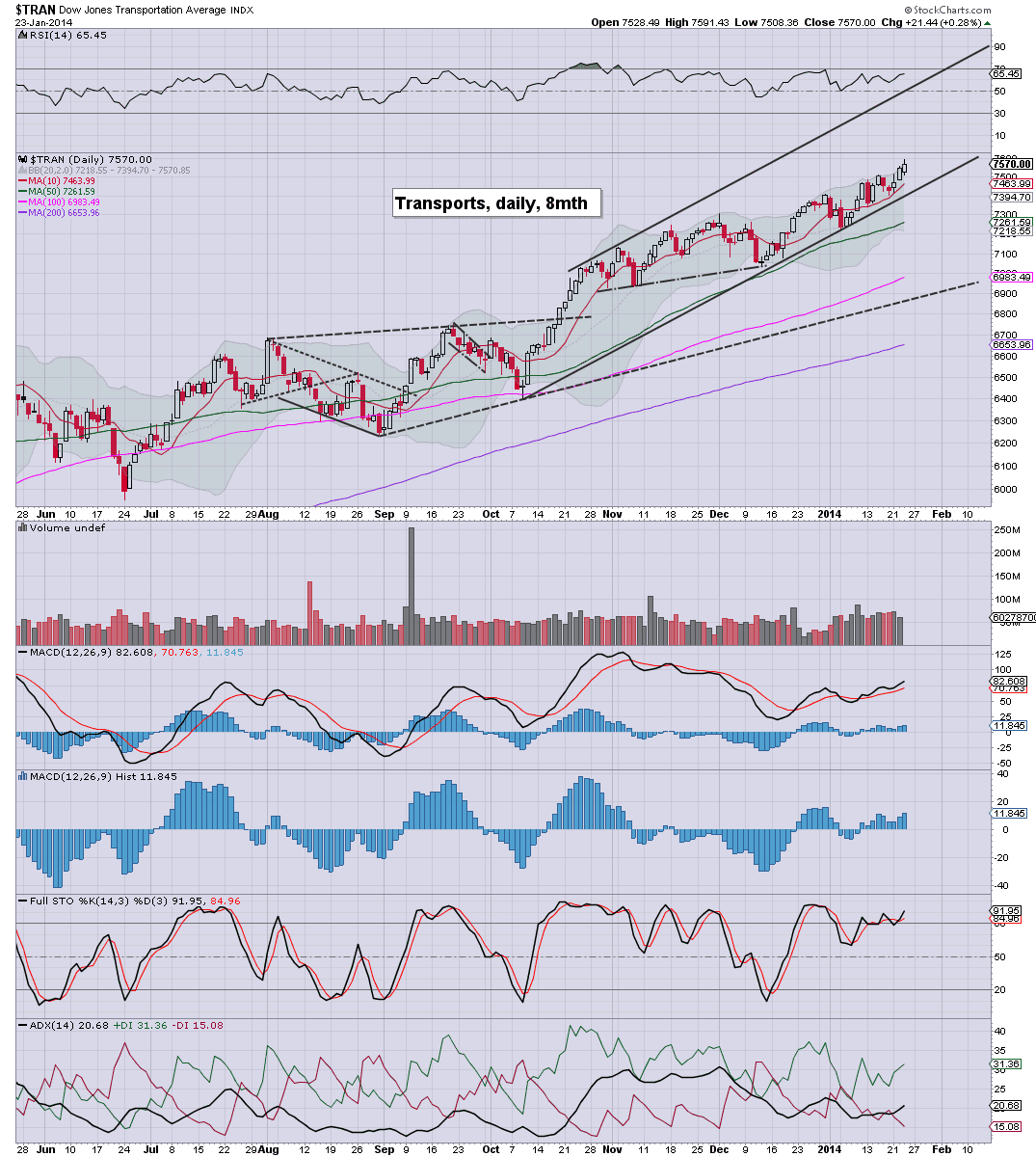 *again, its notable, the underlying power in the Transports. They don't call it 'old leader' for nothing, and the Tranny is still comfortably holding within a very strong up  trend.
--

The only real weakness for the bears to get moderately excited about was the break < Dow 16174. Baring a break <sp'1815, I don't think the current price action is anything for the bulls to be concerned about.

The past month has been one of mere consolidation across time..rather than price. With the two market leaders still very strong, there is no justification for anyone to short the primary trend..which most certainly remains to the upside.