With a decisive failure to hold the 50 MA on both the SP' and the Dow, the question is how low will the current wave go? There is a natural attraction down to the 1780/60 zone - within the next few weeks. Metals have turned negative, Gold -$1, with Oil -0.6%. 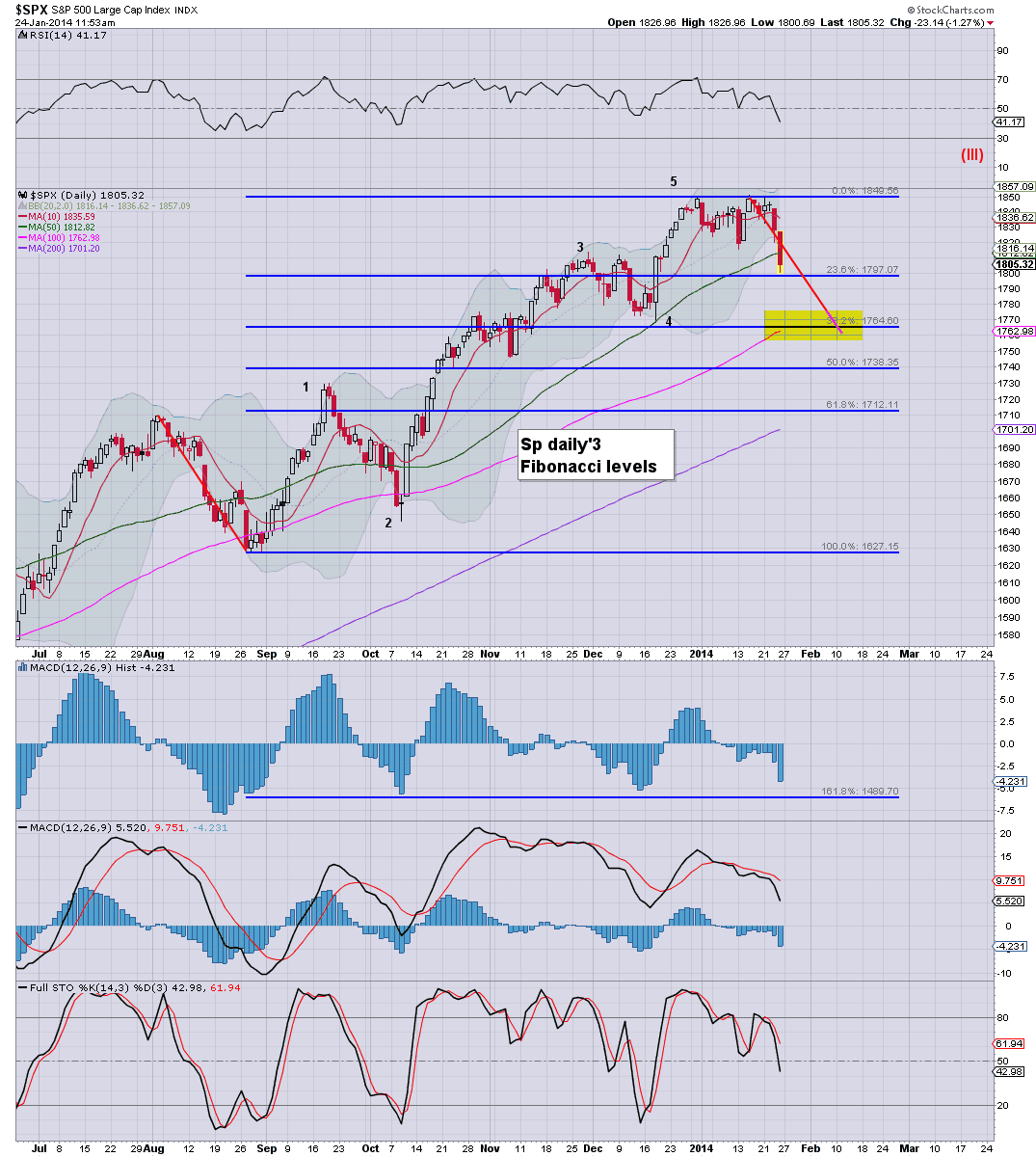 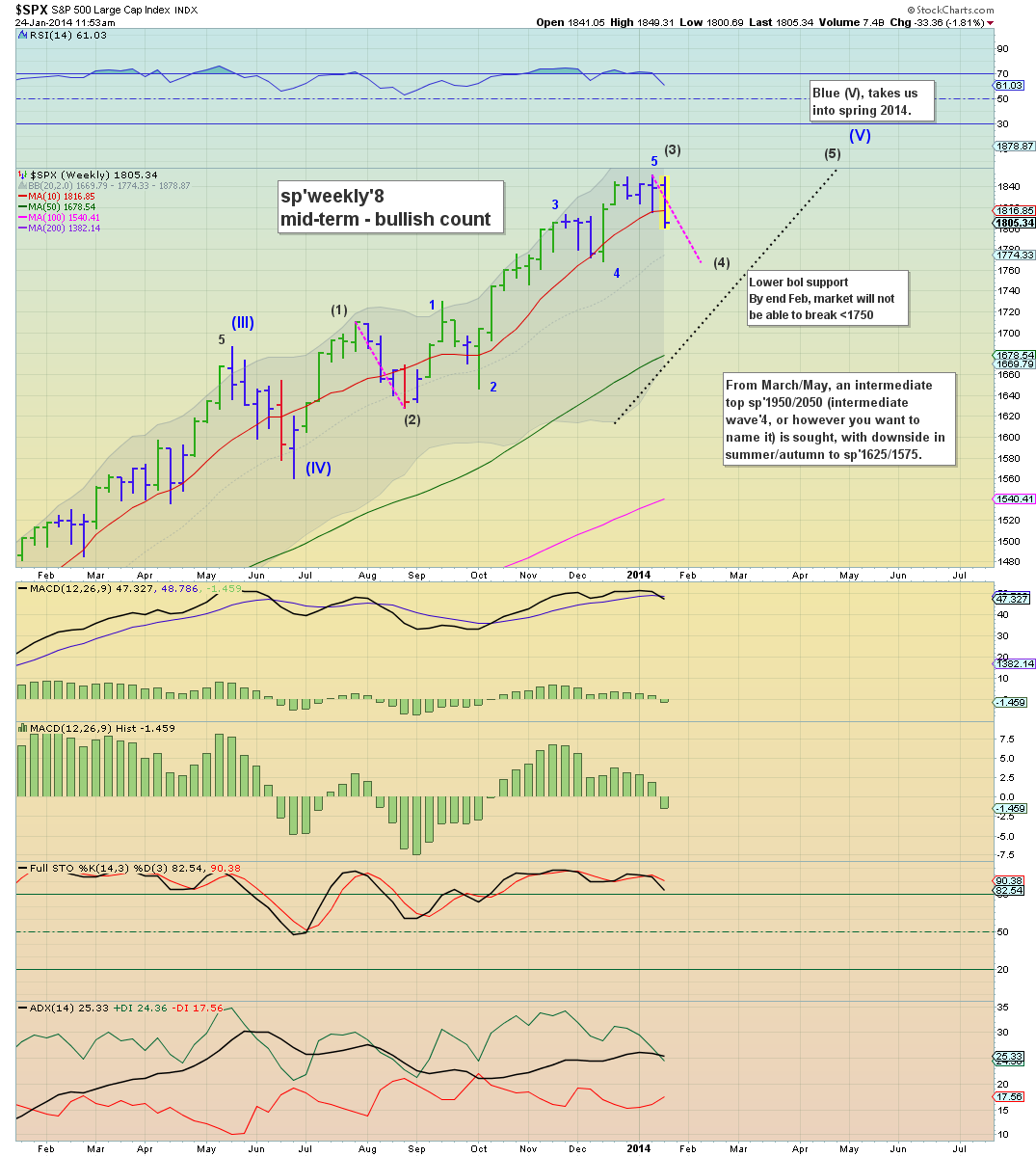 Two major down days in a row....yeah...its something of a surprise, but then..its been many months since we've seen this kind of weakness.
--

re: daily'3 chart. It relates to weekly'8, and considering the past two days, I'm resigned that we're now in sub'4 - which in theory, should be no stronger than the August wave.
--

No doubt the doomers will be guns blazing bearish tonight, but hey, they've been at it for over two years...and yet..they'll have the audacity to claim they were right all along. Yeah...sure. Enjoy it whilst it lasts.