Quiet day to start the week

The main indexes started the week in a very muted manner. There is no major econ/corporate news, and there isn't even any significant QE-pomo until this Thursday. Bears have a small chance of downside on Tuesday, but as ever, the dip buyers are no doubt standing by. 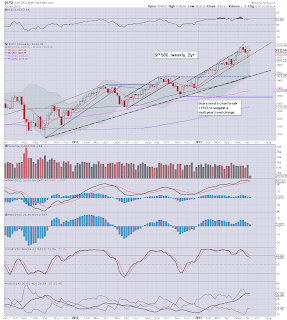 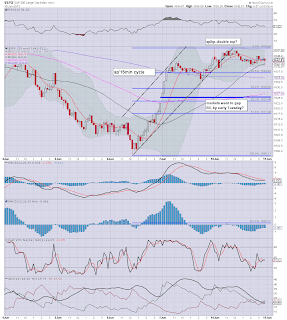 A pretty dull day, although it did give many (myself included) the opportunity to exit at the open on a brief opening spike high @ sp'1648.

There isn't much to say about today, other than there is the very reasonable chance both tomorrow and Wednesday will be much the same.
-- 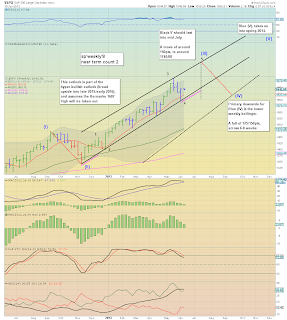 Many out there are seeking a turn late July/early August, and I'm most definately one of them. Best guess right now is for a final higher high around sp'1725/50..then a move back down to the low sp'1600s. Right now, I find it very difficult to envision the market putting in some consecutive closes <1600.

There isn't much of anything tomorrow. Nor is there any significant QE-pomo either.

We have the hourly charts pointing downward, whilst the daily charts are increasingly swinging back towards the bulls. I certainly think there is a 'moderate' risk of a retracement to the sp'1625/22 gap zone area, I suppose it could even drag out into early Wednesday.

On any basis though, considering the bigger picture - which remains to the upside, I will look to go long again in the sp'1625/20 area..if available.