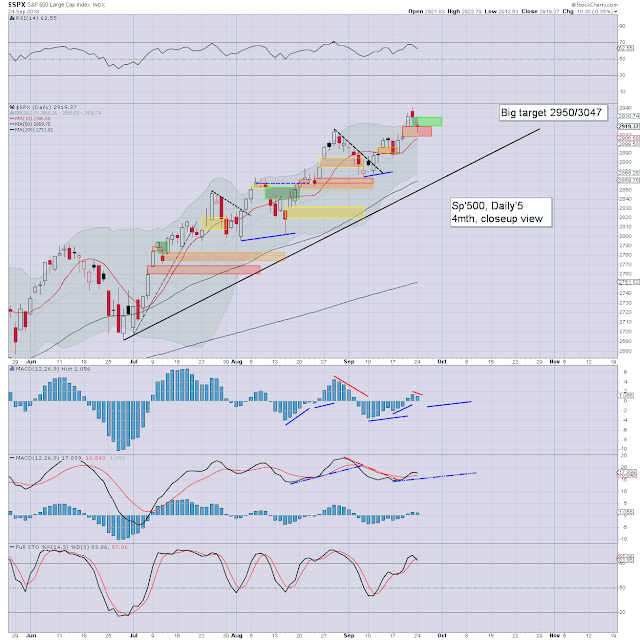 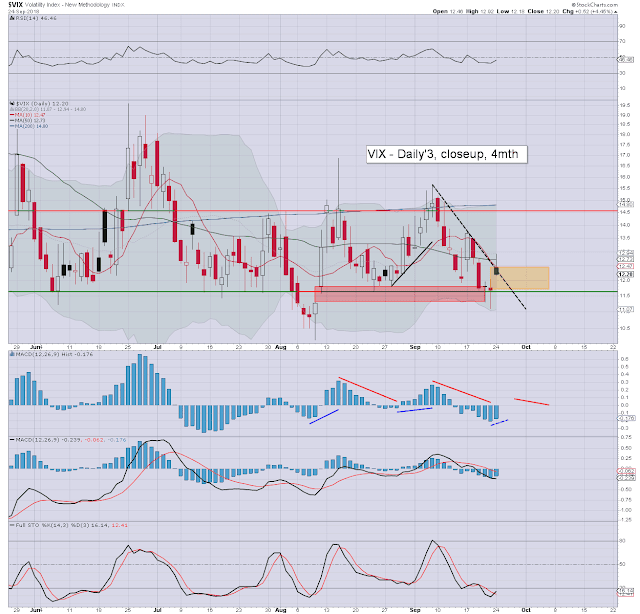 The week began on a moderately weak note, with the sp' settling moderately lower. Today was just another retrace after Friday's historic high of 2940. Whilst volatility did pick up, the VIX notably remained sub teens.
-- 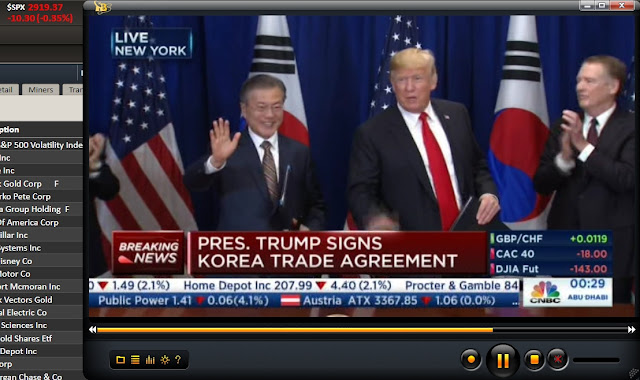 The US now has a new trade deal with South Korea. This was indeed a surprise, and comes as many (yours truly included) are more focused on a US/Canada deal. The ultimate deal - US/China, remains elusive, but I do expect one... probably to be announced in November.
--