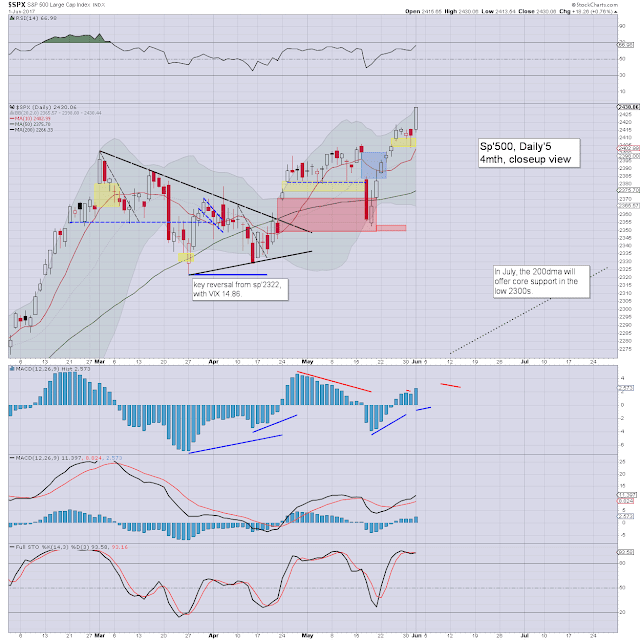 June began on a broadly bullish note, with new historic highs for the Nasdaq comp' and the sp'500.

Market volatility remains very subdued, with the VIX again falling into the 9s. The teens look out of range until just before the FOMC of June 14th.
--

This morning, an official from Print Central was talking with CNBC's Liesman 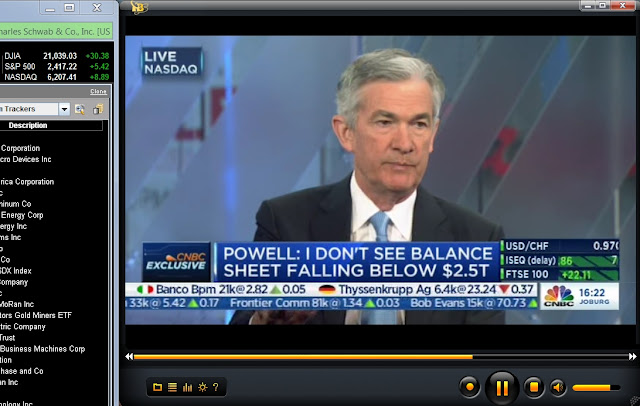 Fed official Powell said a few things, most notable was his belief that the fed balance sheet won't fall below $2.5trn.

Seriously, the fed will be lucky to see the balance sheet fall under $4trn before the next (overdue) cyclical recession. On a stretch, I could just about see $3.5trn, but that would surely take 18-24mths, and effectively assume no recession until 2019.

There are a few sporadic minor economic tremors (housing and vehicle sales), and I find it difficult to see the train remaining on the tracks for much more than another year.


Did everyone already forget?

I don't have the link, but Yellen made it clear some months ago, with even a 'normal recession', the Fed might initiate QE of another $2trn or so. Just reflect on that for a little. Even if you assume the Fed can cut the balance sheet to $3trn, the Fed's balance sheet will resume upward to 5/6trn, shortly after the next recession.

A final thought... at some point, will the Fed's balance sheet exceed that of the national debt of the US?

As ever.. extra charts in AH @ https://twitter.com/permabear_uk