It was a bullish week for US equity indexes, with net weekly gains ranging from 2.9% (Trans), 1.8% (Nasdaq comp'), to 0.5% (Dow). Near term outlook offers chop into end month, with a more viable break to new historic highs in the sp'2400s, after the French election is out of the way. 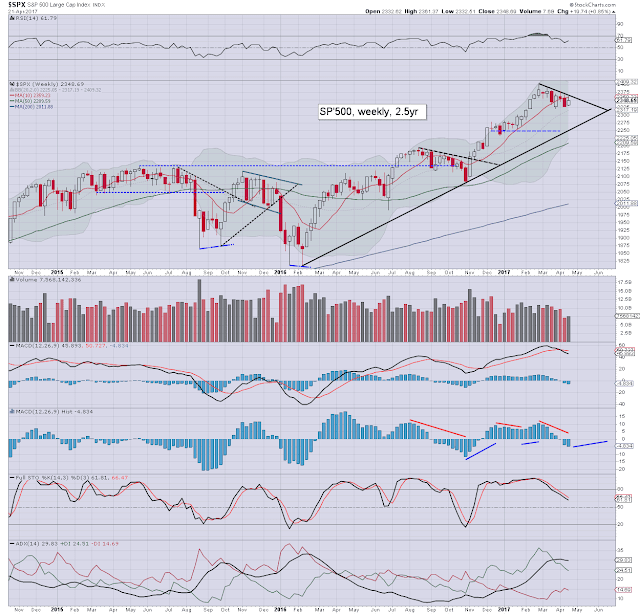 Despite some moderate Friday weakness, the sp' managed a net weekly gain of 19pts (0.8%), to 2348 - just over 2% below the March 1st historic high of 2400. Underlying MACD (blue bar histogram) ticked lower for a seventh consecutive week. The key 10MA remains short term resistance around 2359.

Its notable that core rising support in early May will be around 2260, and will rise to 2300 in early June.

Best guess: an attempt to clear resistance of 2380/90 (but failing) into end April. A break into the 2400s appears far more viable after round two of the French election (May 7th). A June rate hike would help inspire upside to the sp'2425/50 zone. The 2500s look a stretch before Aug/Sept. The year end target of 2683 remains on track.

Equity bears have nothing to tout unless a break of rising trend, and arguably (at minimum) a hit of the lower weekly bollinger, which is currently at 2225, and rising.
-- 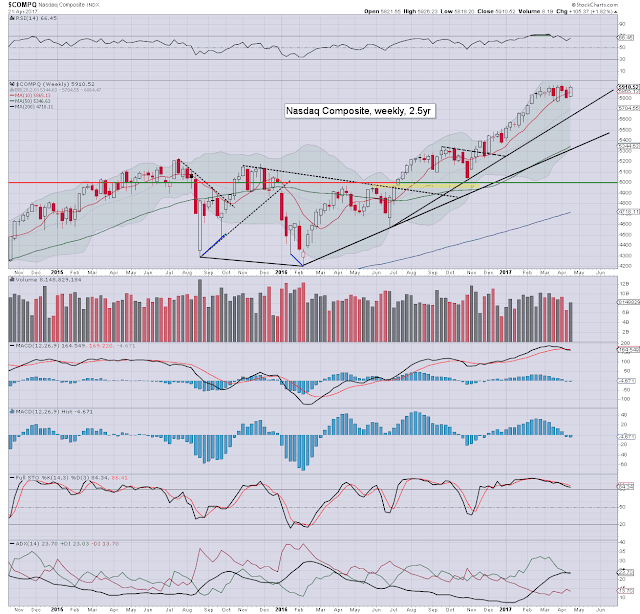 The tech settled net higher by a rather significant 1.8% to 5910. Indeed, the Nasdaq was just 10pts shy of breaking a new historic high. Upper weekly bollinger is offering the 6060s, the 6100s appear a valid target for May/June. 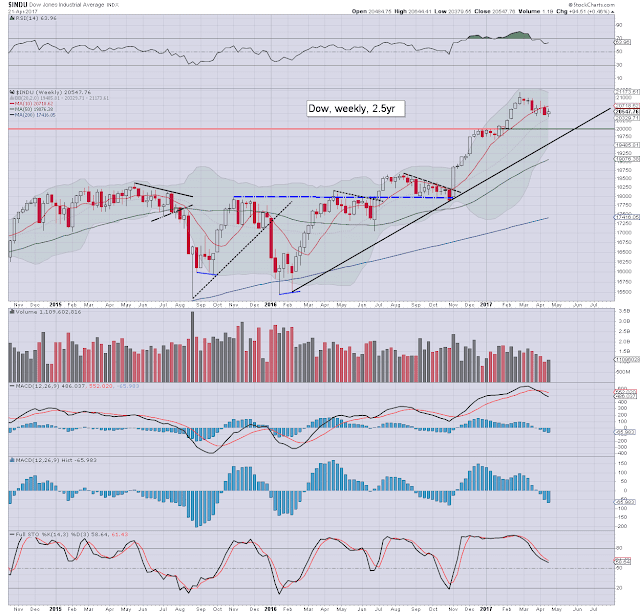 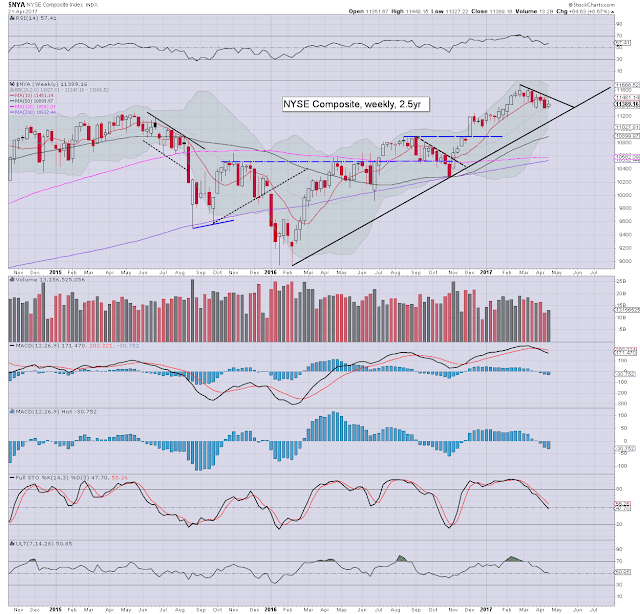 The master index settled net higher by 0.6% to 11389. Price structure since late Feb' is arguably just a big bull flag. Bulls need a break above 11500 to provisionally confirm. Things only turn bearish with a break below rising trend, which in mid June will be around 11400. 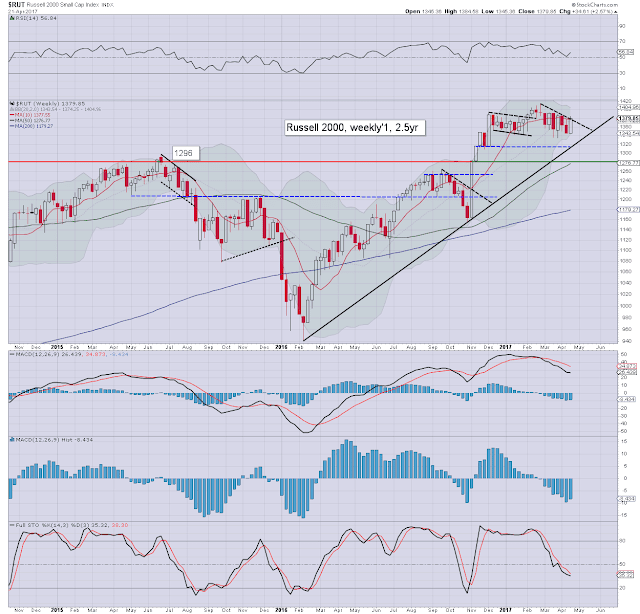 The second market leader - R2K, had a very bullish week, settling +2.6% at 1379. There was a fractional break of short term declining trend. Things turn decisively more bullish with a break >1400, and then the recent historic high of 1414. Its notable that the upper and lower bollingers are now very tight. A big move is probable. Cyclically, the R2K is on the very low side, and another up wave is likely to begin. 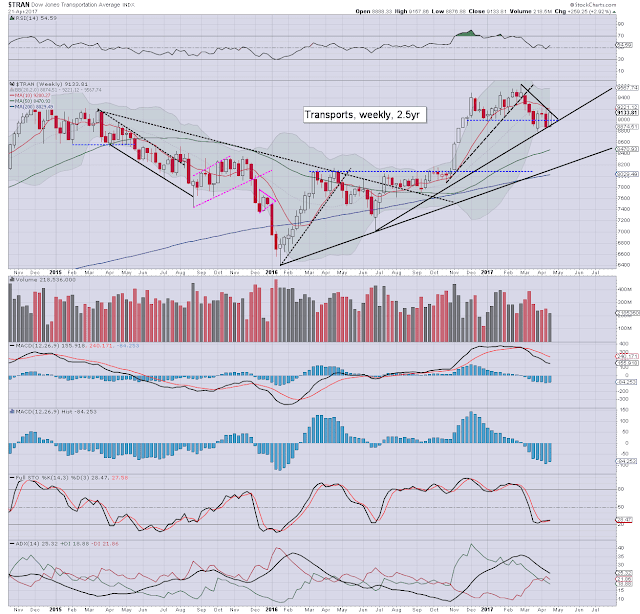 All US equity indexes remain near historic highs.

The Nasdaq remains the strongest index, with the Transports still trailing.

Round one of the French Presidential election is Sun' April 23rd. The result should be known before the US market opens on Monday. A 'definitive winner' is extremely unlikely, and instead, a second round for the leading two candidates will be held Sun' May 7'th.

Depending on the final pairing, its quite possible the market will be able to fathom who will become President. So... the Monday open could be rather dynamic.

*Market consensus is expecting Q1 growth of 1.1%, which is indeed weak, but that has typically been the case for the first quarter.

**there are just three fed officials scheduled. Neither of the trio are likely important, and it remains clear there will be no policy change at the next FOMC of May 3rd.
--