A third week for King Dollar 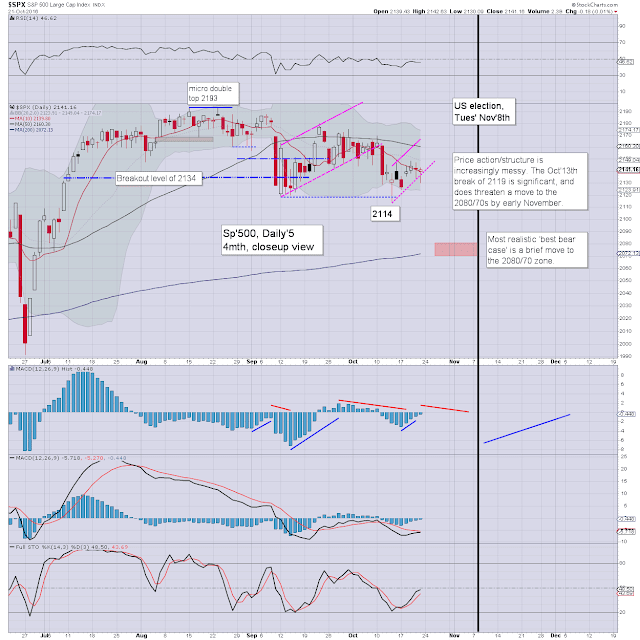 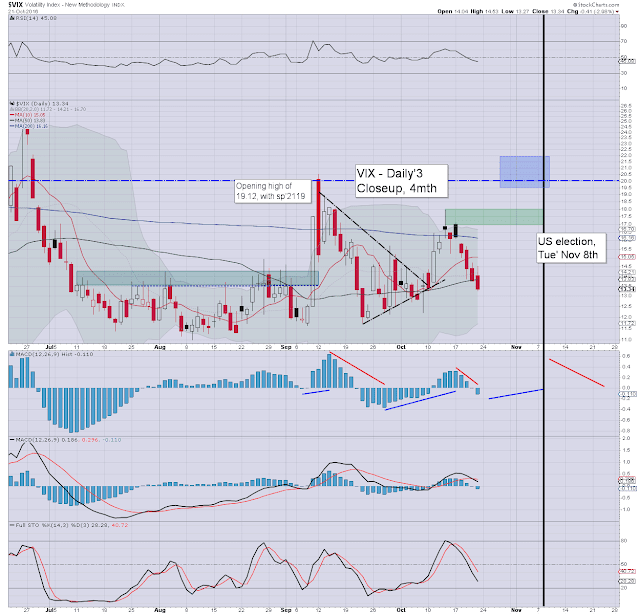 Despite equities leaning a little weak, the VIX was still unable to muster any upside, but then it was opex. The 15/16s look due next Mon/Tuesday. The key 20 threshold is due no later early November. 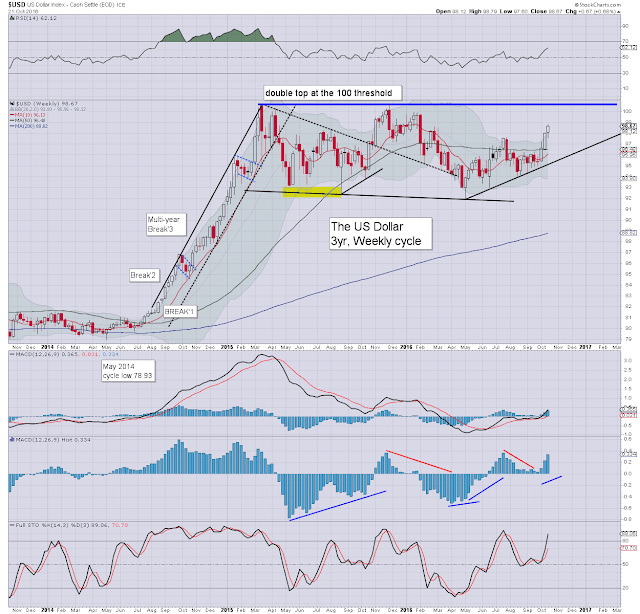 A third consecutive net weekly gain for the USD. We're already close to the DXY 99s, and a break above the giant 100 threshold is now viable within the near term.

Unquestionably, the Fed do not want to see the USD break >100. Above 100, most should recognise that the next big level isn't until around 120, which would make for a powerful 20% appreciation against other currencies.

Those equity bears seeking a major down wave should be flying the flag for a hyper-strong dollar. The USD is certainly not the only variable that will help shape the direction of the US/world capital markets, but its one of the biggest ones.