Is a remain vote priced in? 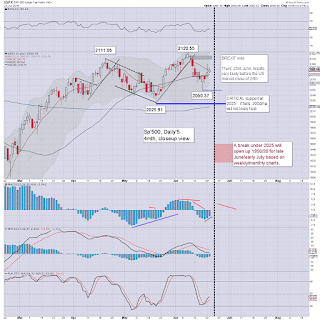 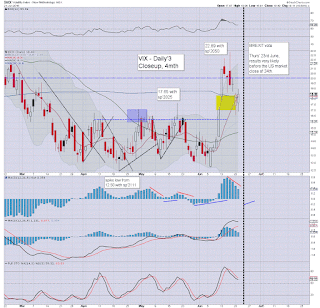 A second consecutive net daily gain, the best run in a few weeks.

It is VERY notable that the daily bollinger bands are becoming super tight.. currently 2121-2063.

A big move is coming, as many others have noted in the past few weeks. 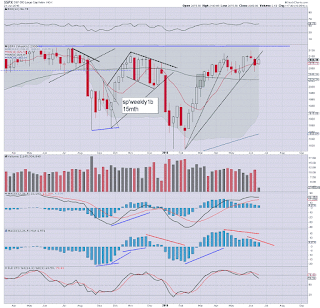 It remains the case that underlying price momentum continues to swing back toward the equity bears. In theory, unless there is a dramatic move to new historic highs (>2134) in the near term, the market is headed strongly lower, with first target of the lower bollinger band - currently @ 1916.. and rising.
--


Is a 'remain' outcome priced in?

I do keep an eye on the cheerleaders of clown finance TV, and as I didn't have them on mute this lunch time, I did notice Josh Brown suggest that a 'remain' vote has arguably been priced into the market. Mr B added that the market wouldn't see a '500pt Dow' move on a 'remain' outcome.

Its an interesting consideration. Certainly, most could agree the market is NOT pricing in a 'leave' vote, as we trade a mere 2% from historic highs.

Might we see the market roll lower on a remain vote? After all.. there is a laundry list of economic reasons why the market will be vulnerable this summer and into the autumn. Technically speaking, the market is vulnerable until it breaks an actual new historic high.. having been stuck for over a year.

Frankly, I will be glad for the market to move onto other issues... once the UK vote count has been announced.