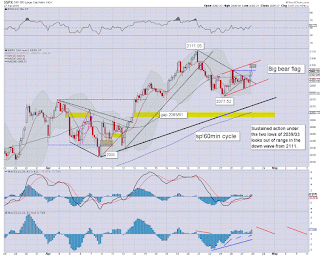 *closing hour action: pretty bullish, with a new intra high of 2099... with some cooling into the close.
--

With just two trading days left of the week/month, the bears should be desperate to see that bear flag play out.. with April settling in the 2060s.. but that will still make for a net monthly gain.

Broadly.. its still a very borderline situation as the equity bulls are still YET to break a new high.. whilst bears are still utterly unable to muster any sig/sustained downside action.