The sp'500 has not surprisingly already turned fractionally positive, as cyclically, we were simply on the low side. Now its a case of whether the bull maniacs can attain a Thurs/Friday close in the 1930s - to keep the door open to 2K, which frankly doesn't look overly difficult. Gold continues to lose its fear bid, now just +$3. 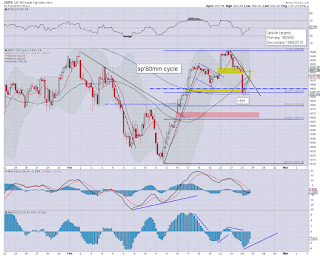 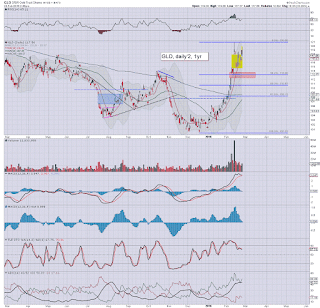 *the black-fail candle in Gold should be a concern to anyone holding long gold/mining stocks overnight.. and into early March.

There is HIGH threat of Gold cooling to the red zone.. which in itself though, does nothing to negate the multi-year breakout that it recently achieved.

As for equities... this morning sure didn't feel super bearish.. and seeing some of the indexes already turn green is just another reminder that this remains a nasty market.

For those holding short since early morning... the next 2-3 weeks could be real annoying.
- 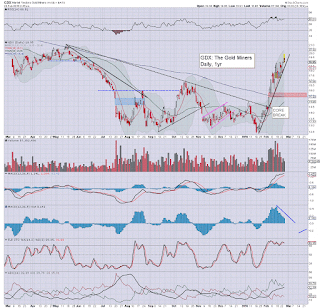 Again.. .a black-fail candle... and those are NOT to be dismissed lightly.
--