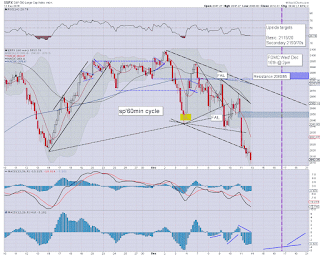 ... and another wacky week in the world's most twisted casino comes to an end.

With oil losing around 10% to the $35s... and increasing concern about liquidity in the credit/junk bond markets, it sure was a moody end to the week.

Considering today's action, a washout of the sp'2K stops would be very natural next Mon/Tuesday.. before pushing higher.
-- 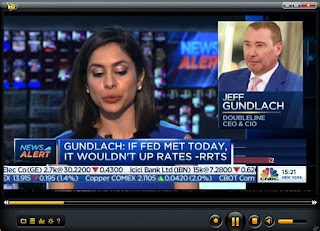 No doubt, he won't be the only financial name across the next few days who will be trying to convince the Fed to back off again.

I hold to the view though, that if the Fed back off, the market will get hugely upset (if not initially) at continued uncertainty in early 2016, and unravel...breaking the Aug' low of sp'1860.

If there is one thing the market can't stand.. its uncertainty.
--

It has been kinda interesting today to see a few of the more bullish cheerleaders/analysts on clown finance TV effectively talking about downside under the Aug' low. The sp'1500s would be the most natural target in any collapse wave next year... but there is ZERO doubt.. were that to happen.. the Fed would launch QE4.... and we know where prices would trade then... right?
--

It was nice to hear from some of you this week...

Have a good weekend everyone.
--

*the usual bits and pieces across the evening to wrap up the day.
Posted by Permabear Doomster at 21:01:00
Email ThisBlogThis!Share to TwitterShare to FacebookShare to Pinterest
Newer Post Older Post Home